What you need to know about the COVID Delta-plus variant AY.4.2

New variant here in BC 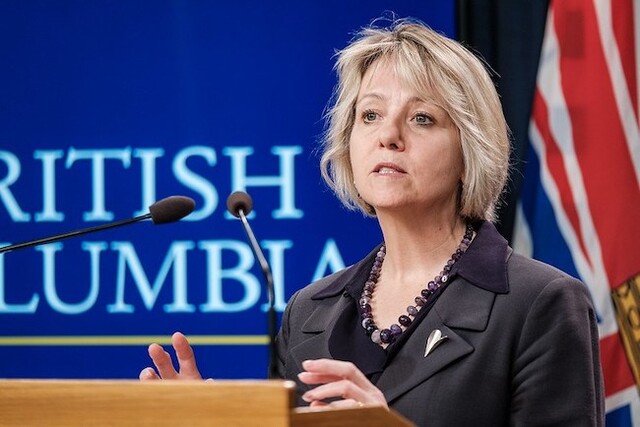 The first confirmed case of the Delta-plus variant known to ­epidemiologists as AY.4.2 has been detected in B.C., says provincial health officer Dr. Bonnie Henry.

The AY.4.2 strain was first found in the United Kingdom and is thought to be slightly more transmissible. The first cases in B.C. were found in the Fraser Health Authority and contact tracers are trying to nail down the source.

The strain is not yet considered a variant of concern, said Henry, noting whole-genome sequencing on all COVID-19-­positive cases is continuing, to determine what strains are being transmitted in B.C.

“What we are looking for is whether these variants of interest and concern are spreading more quickly or making people sicker, and of course we’re watching very carefully to see if they’re associated with less effectiveness of the vaccine,” Henry said.

So far, the strain, which makes up about 10 per cent of cases sequenced in the U.K., has not caused reduced effectiveness of vaccines, although it has shown slightly increased transmissibility, said Henry.

She said all the Delta sub-lineages and strains seen in B.C. have higher transmissibility than the ones the province was seeing even a few months ago, which is why she’s encouraging people to get vaccinated, keep their social circles small, and follow infection-control ­measures such as wearing a mask in all indoor public spaces, keeping distance and staying home when ill.

There are now about 120 different sub-lineages of the Delta strain of the COVID-19 virus around the world.

Sally Otto, an evolutionary biology professor at UBC and member of the independent COVID-19 modelling group, said the AY.4.2. sub-variant has been found about a dozen times in Canada and “hasn’t really taken off.”

In B.C., the Delta variant is dominant and a large portion of it is the sub strain AY.25, which was common in the United States, and AY.27, thought to originate in Canada.

“They have a selective advantage, but they’re not game changers the way Delta was,” said Otto.

Both AY.25 and AY.27 were first found in the province around June and now comprise two-thirds of cases in B.C. The COVID-19 modelling group has taken an interest in these strains, but said they are “not spreading that much faster than Delta itself.”

At the same time, new cases of COVID-19 are not “plummeting” because despite more people being vaccinated, “we’re still dealing with slightly more transmissible strains,” said Otto.

About 86 per cent of people ages 12 and older are fully vaccinated in the province, although there are pockets of much lower vaccination rates.

The COVID-19 modelling group, which includes ­academics from UBC, Simon Fraser University and the University of Victoria and private-sector representatives, was expected to produce a new report including updates on the sub-variants on Thursday.

All viruses mutate and the sub-variants, which are unique to geographic areas, are not unexpected, but Henry said ­public heath officials are ­watching closely, “particularly now with these new cases of AY.4.2.”

“The strains of the Delta ­variant that we’re seeing are spreading much faster and causing more severe illness in younger people, and that remains the same.”

The best defence against the Delta variant and its sub-strains remains vaccination, said Henry.