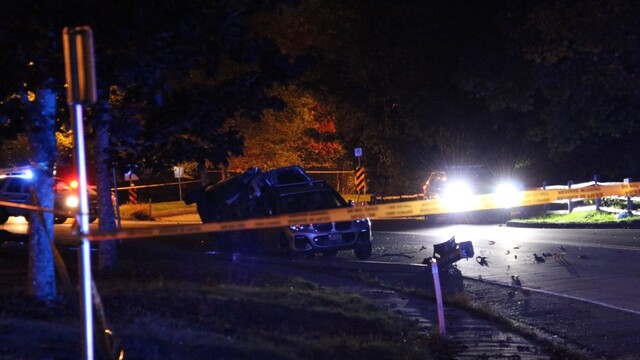 Two UBC students were killed overnight at the Vancouver university when a car swerved onto the sidewalk and struck them.

Just before 2 a.m. Sunday morning, the two 18-year-old students were walking along Northwest Marine Drive, between Stadium and Agronomy roads, when police say a car swerved off the road and struck them.

The two students were pronounced dead at the scene, and the 21-year-old driver was arrested, and treated for minor injuries at a local hospital.

“This is a tragic incident that has impacted the whole University community,” said Cpl. Ian Sim of RCMP's University Detachment. "Our thoughts are with the families and friends during this difficult time.”

Police continue to investigate the tragic crash, and Cpl. Sim says they have not yet ruled out speed or impairment as a factor.

It's not clear if any charges have been laid against the driver at this time, but police say he has a future court date scheduled.

Police have asked anyone who witnessed the crash, or who has dash cam video, to contact the University RCMP at 604-224-1322.