MPs scramble to pass priority bills before summer, but they could stall in Senate 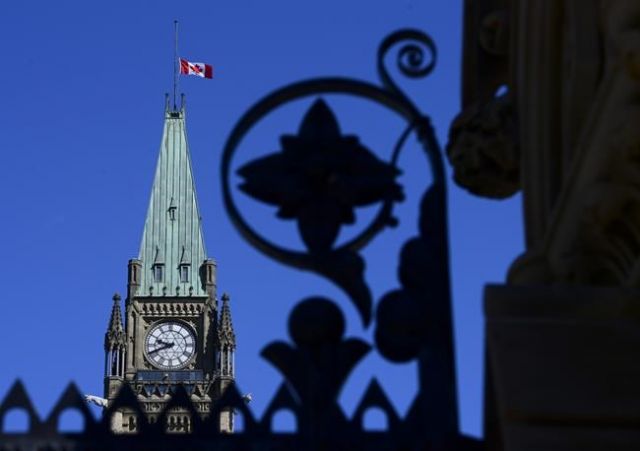 The House of Commons is poised to break today for the summer — and possibly for an election — after giving eleventh-hour approval to what the minority Liberal government considers its priority legislation.

But it's far from certain the Senate will be as accommodating.

Three priority bills have landed in the Senate over the past couple of days and a fourth is expected to arrive later today in the upper house, where some senators are balking at the prospect of rushing them through at lightning speed.

The Senate is scheduled to wrap up today as well and it would take unanimous consent to extend the sitting in its current hybrid format, adopted to allow for virtual participation during the COVID-19 pandemic.

Senate committees have already conducted pre-studies of two of the four bills — C-30, the budget implementation bill, and C-12, which would set targets for achieving net zero carbon emissions by 2050 — so they're likely to make it to a final vote.

But two others — C-6, a bill to ban conversion therapy aimed at altering a person's sexual orientation or gender identity, and C-10, a controversial bill to regulate online streaming giants — would require unanimous consent to fast-track through the Senate, without study by a committee.

Sen. Scott Tannas, leader of the Canadian Senators Group, warned the Senate on Tuesday that his 12-member caucus won't be stampeded into forgoing their duty to give legislation sober second thought.

He recounted an old saying: "Your bad planning is not my emergency."

On behalf of his group, Tannas added, "In the coming days, we will carefully and thoughtfully be applying that principle."

Discussions about extending the Senate sitting were continuing among the leaders of the various Senate groups late Tuesday. But even if they agree to do so, it's not clear they'll sit long enough to wrap up all four priority bills.

Any bill that is not passed by the Senate will die if, as many suspect, Prime Minister Justin Trudeau calls an election this summer.

The Liberals have been scrambling to get the four priority bills through the Commons in the face of Conservative delay tactics.

With the help of the Bloc Quebecois and the NDP, the government won final approval of C-10 in the Commons late Monday night and C-6 on Tuesday. They passed C-12 just after midnight today.

The budget bill is to be put to a final vote this afternoon before being sent along to the Senate.

The government has given up on a number of other bills it once considered a priority, including C-19 which would have given the chief electoral officer temporary new powers meant to ensure an election could be conducted safely during the pandemic.

If Trudeau does call an election this summer or fall, it will be without those safeguards.

The disability benefit bill was tabled Tuesday, with zero chance of making any progress before the House rises. Such last minute initiatives have fuelled suspicions that Trudeau intends to pull the plug on his government and hold up the unfinished business as examples of the kinds of things Liberals could accomplish if they had a majority.

Throughout the winter and spring sitting, the government did manage to attain royal assent for a dozen pieces of legislation, including bills to expand access to medical assistance in dying, require sexual assault training for judges, implement the United Nations Declaration on the Rights of Indigenous Peoples, create a national day of Truth and Reconciliation and amend the citizenship oath to include a recognition of Indigenous rights.