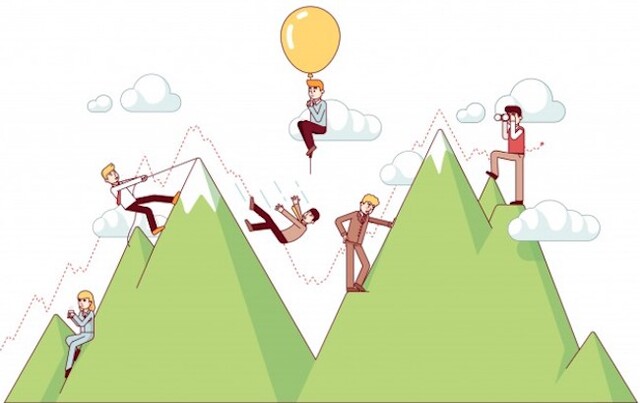 When my stepdaughter was little, we used to have a family tradition at the dinner table called Highs and Lows.

It was when we each recounted the moments in our day that stuck out on either end of the scale. It was also about quality time and knowing what mattered.

One of the interesting things we learned over the years was that often the low moments were just as important as the high ones.

They were some of the most memorable times.

I think that is true with meals, too. You can have a humble, “lowly” meal of say, tuna casserole, but it could hold some of your favourite memories and as such, be an important dish in your life.

You can have a spectacular meal in a fancy restaurant, and it can be a knock-out memory too, of course. Both make up the threads that weave the fabric of our lives.

I could drive that home by saying we should all be grateful for every meal, especially living where we do, but that’s the obvious part of this puzzle.

The less apparent part is that we make the memories just like we make the meals. We shape the experience by how we prepare to enjoy it.

This weekend used to launch the barbecue competition season, which was my hubby’s main sport for years. If ever there was an example that epitomized the high of cooking with passion with the low of humble food prepared in a simple venue, this was it.

If you have never been immersed in the world of southern barbecue (using smokers, not grills), you need to know it is a carnivorous community adventure. When in doubt, these guys don’t garnish a dish with parsley, they wrap it in bacon.

The slow-cooked meat slathered in sauce is piled high, maybe even in a bun with coleslaw. It is often eaten on a paper plate at a picnic table full of folks of all ages. Barbecue is not fancy, but so very down-to-earth and all about sharing.

My highs at the table have included an elegant, multi-course dinner at Charlie Trotter’s restaurant in Chicago, a lavishly curated evening at Stone Barns in up-state New York, and the adventure of sampling tajine in a tent in the Sahara Desert.

One of my favourite highs was more about the company and the mood. It was a starlit night with my Dad enjoying crêpes at a poolside restaurant in Hawaii, laughing at the waiter who presented said crêpes with his own style.

He used an elegant flourish for me (he described a beautiful butterfly as he drizzled fruit sauces in the shape of wings on my plate).

For my Dad, he laid out the rolled crêpe and told the story of a different bug… one that flew at top speed (a blur of fruit sauce was applied haphazardly) and then hit a windshield (splat! went the whipped cream on the plate).

As we both laughed till the tears streamed down our cheeks, I knew I was right in thinking about a balance of highs and lows in my gastronomic undertakings.

You need a bit of both, to have the perspective to appreciate it all.