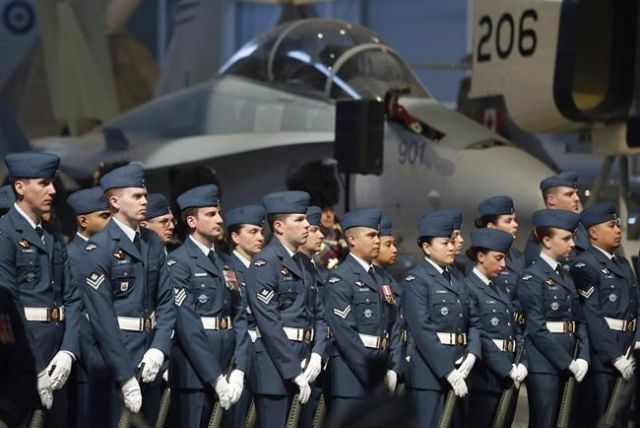 Photo: The Canadian Press
Members of the RCAF take part in a Royal Canadian Air Force change of command ceremony in Ottawa in 2018.

The Royal Canadian Air Force is hoping Canada will open its doors to military pilots from other countries as it seeks to address a longstanding shortage of experienced aviators.

In an interview with The Canadian Press, RCAF commander Lt.-Gen. Al Meinzinger says the military is working with Canada's immigration department to streamline the enrolment of pilots from overseas.

The move comes amid some signs of progress in the military's search for more pilots to fly the air force's helicopters and planes.

Part of that success has come from a reorganization designed to keep pilots in cockpits rather than behind desks.

Yet Meinzinger says about 10 per cent of the air force's 1,500 pilot positions remain unfilled, even as COVID-19 has restricted recruitment and training efforts across much of the military.

And while there had been hopes that some former air force pilots laid off by commercial airlines due to the pandemic would flock to the military, Meinzinger says only about 15 have made the jump.