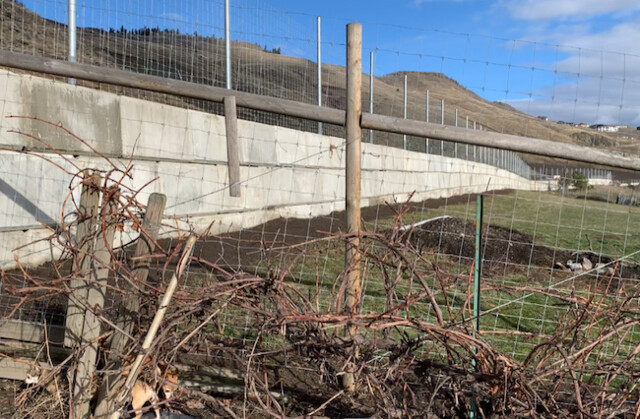 The City of Vernon says overland water flow issues are being addressed in a Bella Vista neighbourhood below a massive winery project.

Residents of Fleming, Joharon and Tronson roads have contacted Castanet in recent weeks to complain about runoff from land clearing at the future site of a huge winery being developed by Frind Properties.

On Friday, the city issued a statement saying the developer has been directed "to cease development works until these issues are rectified, though remain active on site dealing with the runoff issues."

City staff have been communicating with neighbouring property owners to answer questions related to the stormwater issues.

"Where appropriate, they have been directed to the developer to have their questions or concerns addressed. Any issues impacting adjacent properties arising from development activities are the responsibility of the developer," the city reiterated, echoing its response to flooding in the area last month.

"Following precipitation events in January, the city was contacted by residents about overland flow issues in the Bella Vista neighbourhood.

"There is site clearing work being done in the area to facilitate a vineyard. The city is working with the developer to ensure that this work meets bylaw requirements, including addressing issues that may arise during the site preparation process."