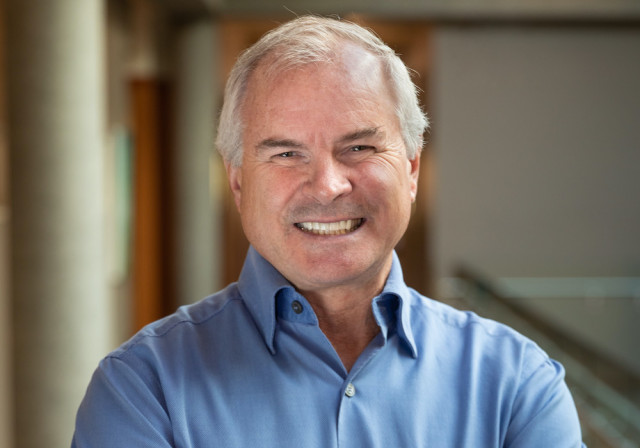 A prominent Vernon business leader is among five people named as honorary fellows of Okanagan College.

Under his guidance, Kal Tire gives back in numerous ways, including the donation and reuse of recycled tires for playground surfaces, flooring and roofing through Kal’s RePlay program and support of the college’s Vernon Trades Training Centre.

Foord, who studied at Okanagan College, has long been an advocate for education and training. Last year, the Foord family donated an aircraft that belonged to late Kal Tire founder Tom Foord, to be used as a training tool for students in the College’s aircraft maintenance engineer program.

“It would be difficult to put into words how important both education and community are to me, and to our family, so this recognition is meaningful on many levels,” said Foord.

Pamela and Wilfred "Grouse" Barnes are Indigenous educators from Westbank First Nation who are dedicated to preserving Syilx language, knowledge, and culture.

Both are currently adjunct professors in the Faculty of Health and Social Development with UBC’s School of Nursing, where they facilitate cultural sensitivity training. Both also facilitate Syilx teachings for the public in partnership with Kelowna Heritage Museums, the Kelowna Art Gallery, Rotary Centre for the Arts and more.

Pamela is one of the founders of WFN’s Sensisyusten School and currently sits on the school board. She is also a member of the WFN Community Consultative Group which works with the local RCMP.

“As a Syilx elder, I enjoy sharing the history, cultural teachings, and language of this land to promote understanding of our ways. I look forward to continuing my work with students offering support through our cultural teachings and practice to ensure their future success. Limlimt,” said Grouse.

Louis Thomas is a Secwepemc knowledge keeper and a councillor with the Neskonlith Indian Band. He works actively with the Salmon Arm Economic Development Society, Shuswap Trail Alliance, Shuswap District Arts Council, City of Salmon Arm Housing Taskforce and many other groups in the region.

Thomas has shared his guidance and knowledge with the college in many ways over the years, including providing the traditional welcome and sharing other aspects of his culture at countless events and ceremonies.

“This is a pleasant surprise. I’m honoured. I like to work in the background, but it’s nice to be recognized,” said Thomas. “Education is so important. The world is changing and we all have to adapt. Education is one of the things that will help our people thrive.”

Don Turri is a partner and family enterprise advisor with Crowe MacKay LLP in Kelowna. He has been active in the community throughout his career, volunteering with the United Way, Kelowna Sunrise Rotary, minor football and hockey, the Central Okanagan Foundation, and as a co-chair of the Okanagan College alumni awareness campaign. In 2008, he received the Distinguished Alumni Award.

“Okanagan College has been a constant in my life for over 40 years,” said Turri. “As a student I was provided with the academic foundation to start my career as a CPA.”

?“It would be impossible to quantify or to adequately put into words the positive impact this year’s honorary fellows have had in their communities,” said Okanagan College president Jim Hamilton. “Their contributions to the social and economic fabric of the region are vast and inspiring."