Are you fighting a civil war? 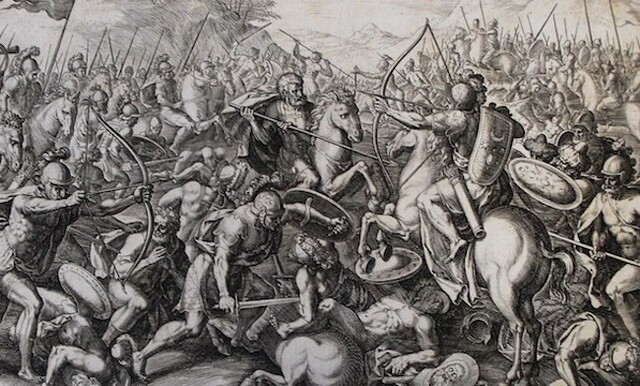 Mini civil wars are sprouting up all over. Name calling and unfriending abound as we draw close our circle of opinion, even among family members.

We live in interesting and curious times.

As the confusing climate of the world heats up, so much in life is polarized. I’m curious about how we’ll view this time in 20 years.

There are many strong opinions being presented in the headlines and on social media. People with different perspectives easily become opponents, instead of just other human beings who hold a different opinion.

As the old saying goes, opinions are a dime a dozen. Many of us live in silos of opinion, listening to, and reading only what we agree with, or ridiculing and bullying anyone with an opposing opinion. I’m often reminded of school-yard bullies instead of rational adults.

My opinions and beliefs have changed many times, and, I hope, will continue to evolve and deepen. I’ve learned not to believe everything I think, but to analyze and consider my opinions and why I hold them.

Our opinions are so dear, and when we cling to them and refuse to truly listen to opposing beliefs, it’s easy to throw walls up. It’s easy to stop listening when others share opposing opinions, but when we do this, we lose out on learning.

Not everyone who holds a different view point is an idiot; they just see things differently. They have different knowledge, experience, concerns and history we may not be privy to.

Instead of name calling, or unfriending, what would happen if we listened to understand?

I used to listen only to formulate my response. I wasn’t actually listening, but thinking and planning a rebuttal. It’s a common human practice.

I’ve really grown as I’ve learned to listen to understand. Learning to listen, really listen, to the message and deeper meaning of the message of another, takes practice.

I admit to being confused about what’s happening in our world, and I want to understand others who hold different opinions and beliefs. I’ve made it a practice to listen to more diverse sources and perspectives, even though they challenge my beliefs, and through this, I am learning.

I was shocked recently when a friend shared her political perspective that’s diametrically opposed to my own.  Arrogant me made the assumption that, because we are friends and hold other similar beliefs, we’d be aligned politically. I was wrong.

I admit to an initial reaction of wanting to label her and stick her in the camp of "other," but instead decided to become curious and to listen deeply. Instead of offering my opposing opinion and rationale, or arguing with her, I chose to ask gentle questions to help me to understand.

As I listened, really listened, I came to a deeper understanding and appreciation for her perspective. This opened my mind to things I hadn’t yet considered. We had a civil discourse.

In civil discourse, we engage in conversation to enhance understanding. It’s not meant to convince or argue with another, but to listen deeply to what’s being said, and the intent behind the words.

Much of our message isn’t in the words we speak, but what lies behind them. Instead of judging their message as wrong or right depending on our beliefs and opinions, we remain open and curious.

Civil discourse isn’t a contest. It’s a time for people to share their views without rancour. As we share, it’s important we don’t make it personal, and we afford the person the same respect we’d hope to receive.

It’s interesting to see if we can remain calm when other people are saying things we dislike or that oppose your perspective. We grow as we learn to listen through our differences, and not pin our discomfort on another person, making them bad.

As we mindfully listen and speak with one another, bridges of understanding can be built. We can stop the war, and begin creating a world that works for everyone.