25 dead in attack on Sikhs 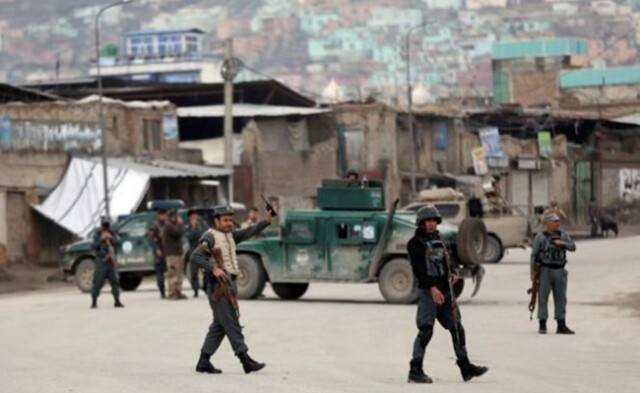 A lone Islamic State gunman rampaged through a Sikh house of worship in the heart of the Afghan capital, Kabul, on Wednesday, killing 25 worshippers and wounding eight, Afghanistan's Interior Ministry said.

The gunman held many of the worshippers hostage for several hours as Afghan special forces, helped by international troops, tried to clear the building. At least one of the dead was a child.

Within hours, the Islamic State group claimed responsibility for the attack.

As the siege ended, the Afghan special forces rescued at least 80 worshippers who had been trapped inside the Sikh house of worship, known as Gurdwara, as the gunman lobbed grenades and fired his automatic rifle into the crowd, the ministry said.

The SITE Intelligence Group, which tracks militant postings and groups, said IS had claimed responsibility for the attack on the group's Aamaq media arm.

At a Kabul hospital, Mohan Singh, who was in the Gurdwara when the attack began, said he first heard the sound of gunshots and ducked for cover under a table. Later he heard the sounds of explosions, adding that he believes they were hand grenades. He was injured when parts of the ceiling fell on him.

In photographs shared by the Interior Ministry, about a dozen children were seen being rushed out of the Gurdwara by Afghan special forces, many of them barefoot and crying.

As the news of the attack first broke on Wednesday, Taliban spokesman Zabihullah Mujahed tweeted that the Taliban were not involved. Earlier this month, Afghanistan's IS affiliate struck a gathering of minority Shiite Muslims in Kabul, killing 32 people.

Afghanistan's National Security Adviser Hamdullah Mohib condemned the attack in a tweet while neighbouring Pakistan and India both issued statements of condemnation. Pakistan described the attack as “heinous.”