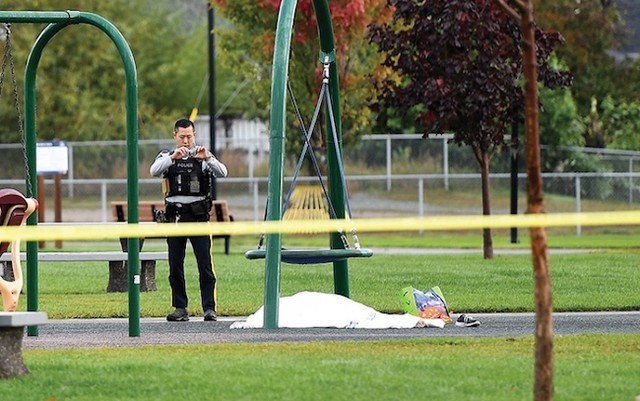 Prince George RCMP has revealed the possible cause of death of a deceased body found at Duchess Park playground.

In a release, Cpl. Sonja Blom says the body was found on Tuesday just after 8 a.m.

Police believe at this time there is no indication of foul play and believe the death was caused by a medical incident.

The playground was behind police tape for several hours as police conducted their investigaion.

Blom adds anyone affected by the incident is urged to speak to someone about it for mental wellbeing.