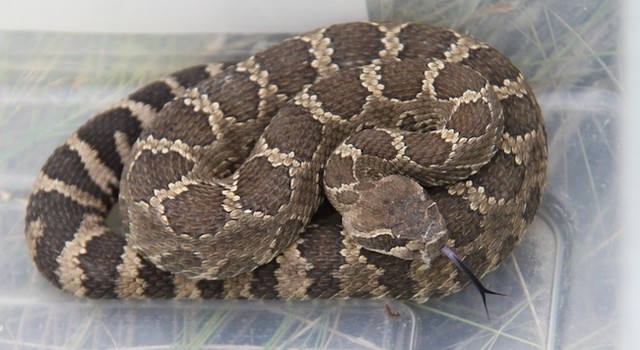 There have been six cases of dogs being bitten by rattlesnakes in the Central Okanagan this year – and a local veterinarian says that number is sure to go up.

Dr. Steve Ganton at Fairfield Animal Hospital in Kelowna says vets in the area typically see a couple of cases a month in the summer, and will probably continue to do so through September or October.

"It's about par for the course," says Ganton.

The incidents typically happen once warm weather arrives and dogs are off leash on trails in natural areas.

"The dog sees something move and wants to play with it.... We always see front leg and nose bites. The dogs just want to get their face in there and investigate."

And while such an incident may cause panic in a pet owner, Ganton reassures the bites are never fatal in the Okanagan.

"I have been treating rattlesnake bites for the past 25 years and have never lost one," he says.

"Our snakes are quite different from those in California, Arizona and Colorado. In our snakes, the venom is not nearly as toxic. It does not alter blood clotting times, blood counts or organ function."

The bites do tend to be painful with a lot of swelling, however.

Fairfield's last pup patient that got in a tangle with a rattler was an eight-pound toy breed, and it pulled through fine with the appropriate veterinary care.

That being pain management and antivenin. The antivenin isn't life saving, says Ganton, but it does significantly decrease pain and swelling, and drastically shortens the hospital stay.

"Most of our cases are out in 24 hours after the antivenin," he says. "The cost of the antivenin is offset by getting out of hospital two or three days earlier.

"Rattlesnakes are part of living in the Okanagan, but don't fear them, bites are very treatable. We tell people, don't panic, your pet will be OK." 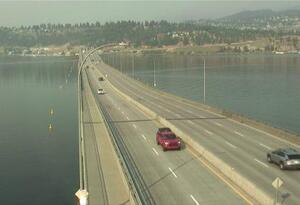