One of two crashes cleared 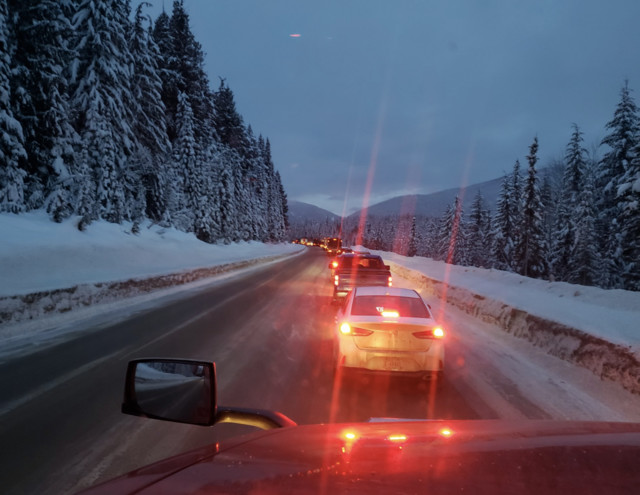 Drive BC is reporting that one of two incidents causing delays on Highway 1 near Golden has been cleared.

The vehicle at the snowshed has been cleared, but another vehicle incident at Heather Hill remains problematic and delays should be expected.

A motorist stuck in the lineup says traffic has been at a standstill for more than an hour.