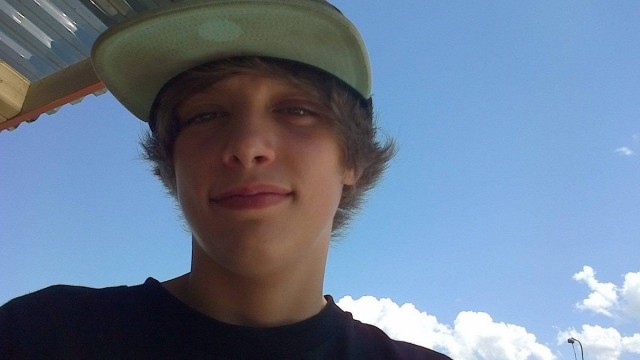 Photo: Contributed
Jessie Simpson will require 24-hour care for the rest of his life after he was beaten by Kristopher Teichrieb in 2016.

Rather than face trial in Kelowna this week, the man who left an 18-year-old man in a coma after beating him with a baseball bat in Kamloops in 2016 struck a plea deal with the Crown.

Kristopher Teichrieb, 41, was arrested June 19, 2016, after attacking a young man with an aluminum baseball bat who had walked onto his property.

According to an agreed statement of facts, five-foot-five, 155-pound Jessie Simpson suffered a severe skull fracture in the assault and had significant brain swelling. He stayed in a coma until the spring of 2017, but remains “extremely cognitively impaired" to this day.

He's expected to require 24-hour care for the rest of his life.

Simpson had attended a graduation party on the evening in question, leaving alone at 4 a.m. About 4:30 a.m., Teichrieb woke to his dogs barking and saw Simpson cutting through his backyard. He grabbed the bat and confronted Simpson, resulting in a physical fight.

A neighbour saw Teichrieb beating the young man with the bat and heard Simpson crying. He then saw Teichrieb drag Simpson across the street and walk away, before returning and kicking him in the head.

Police arrived and arrested Teichrieb. He told the arresting officers: “I got him.”

Teichrieb was charged with attempted murder and assault with a weapon, but pleaded guilty to aggravated assault, Tuesday. The Crown dropped the original charges as part of the plea deal.

Teichrieb was handed a seven-year sentence and was granted enhanced credit of 40 months for time served. This leaves him with three years and eight months left to serve, but he'll be eligible for parole in January 2020.

The agreed statements of facts shows Teichrieb's increasing frustration with crime in his neighbourhood leading up to the life-changing attack. Teichrieb had contacted police a number of times from February to June of 2016, with concerns about property crime.

In one incident, Teichrieb told an RCMP operator he gave a would-be-thief "a couple smacks," and when police responded to his neighbour's home a week before the Simpson attack, he told the officer he would take things into his own hands the next time he caught someone in his yard.

Later that same day, he called police again after a man reportedly threatened him near his home.

“There’s gonna be some vigilante s**t goin’ on down here pretty soon here if it doesn’t change,” Teichrieb told the operator. “Tellin' ya. This is not working.”

In the year before the June 19 attack, police were called to Teichrieb's immediate neighbourhood 39 times.