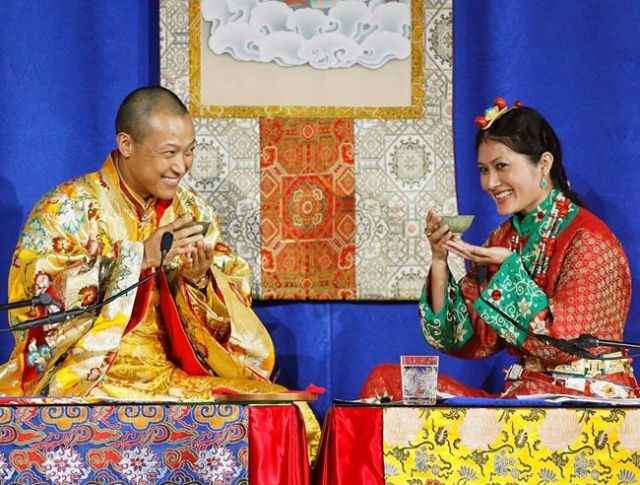 New allegations have surfaced against the spiritual leader of one of the largest Buddhist organizations in the western world, including fresh claims of sexual misconduct and financial coercion.

He stepped back from his duties last month pending the outcome of a third-party investigation into an alleged pattern of sexual misconduct highlighted in previous reports by former Shambhala community member Andrea Winn.

Winn says the third report brings to light more complainants and new claims that are "more serious in nature," which may be brought to police.

The report also details allegations of coercion for money and real estate.

None of the allegations has been proven in court and Halifax Regional Police said there are no charges against him.

Previous accusations against Mipham suggested a pattern of behaviour of heavy drinking and using his "kusung" or attendant to "procure women students for his own sexual gratification," according to a report.

However, Winn says the latest allegations are "so severe" they suggest a "deeper gravity" to Mipham's alleged sexual misconduct.

She says the spiritual community became a "highly sexualized sort of male locker room" in which personal boundaries were not respected.

Carol Merchasin, a lawyer overseeing the ongoing investigation with Buddhist Project Sunshine, says in a memo included in the report that the new allegations against Mipham and other Shambhala leaders suggest "a new level of harm."

Last month, Mipham apologized for the "pain, confusion and anger" sweeping through the Shambhala community.

Mipham said he takes responsibility for the pain the Buddhist community is experiencing.

"In a state of complete heartbreak, I write to you, humble, embarrassed, and thoroughly apologetic for disappointing you," the 55-year-old guru said in July.

"I am committed to engaging with women and others in our community who have felt marginalized, beginning this week. I will be using this time of self-reflection to deeply listen and to better understand how the dynamics of power, gender and my actions have affected others."

He said he "engaged in relationships with women in the Shambhala community" and has recently learned that some of these women felt harmed.

"I would like you to know that over the years, I have apologized personally to people who have expressed feeling harmed by my conduct, including some of those who have recently shared their stories," Mipham said in the public apology.

Shambhala also announced a leadership transition plan after members of the Kalapa Council, the governing body of the Halifax-based Buddhist organization and its more than 200 meditation centres worldwide, announced they would be resigning en masse through a "phased departure."

In a letter to the Shambhala community last month, the council announced that a transition team will select and appoint an interim board of directors, an effort to separate the current leadership from the appointment of the next board.

The council said the transition team will also select a so-called process team, which will be responsible for improving the Buddhist organization's future leadership, representation and governance structures.

The council has hired Halifax law firm Wickwire Holm to investigate the allegations.

However, the latest report by Buddhist Project Sunshine said there is a "general mistrust" of the investigation, as it's unclear who the law firm will report to.