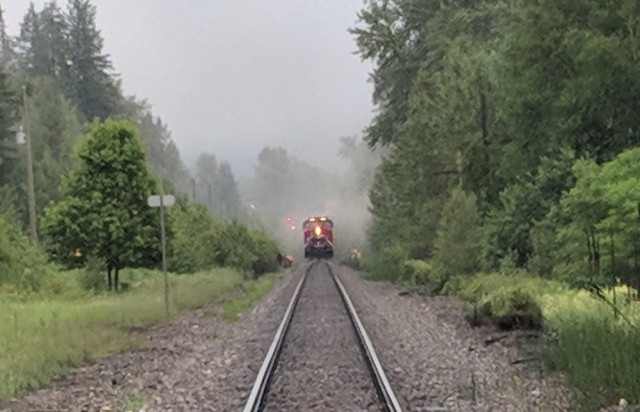 Canadian Pacific Rail says the train fire northeast of Sicamous Friday night was contained to the train, and did not spread to any nearby trees.

Mallory McCredie, CP media relations, did not disclose the cause of the fire, which began at about 7:15, but said an investigation is ongoing.

"CP thanks local firefighters for their support and efforts," McCredie said in a statement.

A train has caught fire east of Sicamous Friday night.

The Canadian Pacific Rail train was surrounded by smoke on the train tracks about five kilometres east of Sicamous near Sicamous Solsqua Road at 8 p.m.

A witness said the fire department and police were on scene.

It's unclear at this time how the fire began, or the extent of the damage.