Where are the deer going? 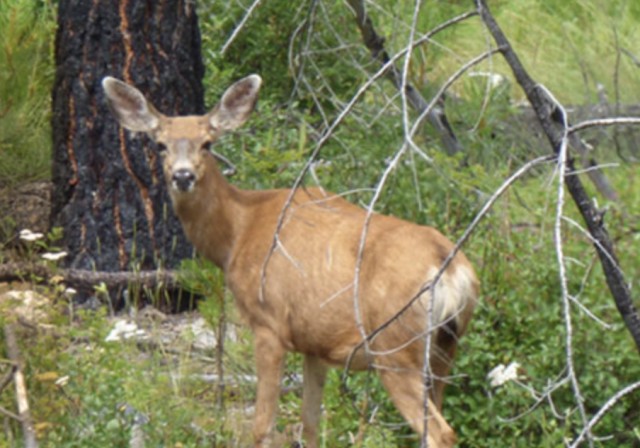 A new study into declining mule deer populations has had a successful start so far, collaring over 50 deer for tracking and monitoring.

The B.C. Wildlife Federation project launched a few weeks ago after three years of fundraising.

"In the Southern Interior they've been declining for quite some time so we've been trying to put a project together to look at what makes mule deer grow and what's holding them back," said Jesse Zeman, director of the BCWF Fish & Wildlife Restoration Program.

The study aims to track the effects of landscape change on the deer. It is taking place in four regions, two in the South Okanagan, one in the Kootenays and another in the Thompson region. One of the Okanagan locations, in Peachland/ Garnet Valley, will focus on an area ravaged by wildfire last year.

The collars will give researchers valuable information about the deer's habits.

"This will give us an idea of migration routes, habitat selection, effect of roads, effectiveness of ungulate winter range protection orders, survival, causes of mortality and effectiveness of highway wildlife crossing structure usage in Peachland study area," reads the program's website.

The next stage will be motion-activated cameras set up at strategic locations, which Zeman says will be happening soon thanks fo recently committed funding from the Habitat Conservation Trust Fund of Canada.

The project is expensive, with the capture, collaring and monitoring of one deer for a year costing approximately $2,000, but Zeman says it's worth it.

Two PhD students, one from UBCO and the other from the University of Idaho, will be contributing to the project.

For more information or how to donate visit the project's website.