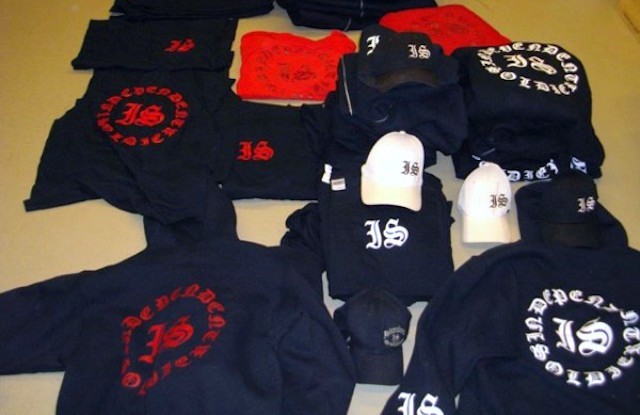 Photo: RCMP
Clothing with Independent Soldiers' logos, found in connection with the arrest of Donahugh McWhirter and Brittany Stinn.

A recently released court decision shows the extent of the police investigation that led to a "veteran" gang member’s drug charges and movements within the Independent Soldiers gang at the time.

Donahugh McWhirter and his girlfriend, Brittany Stinn, were pulled over by police near Merritt in November 2014, the culmination of several months of surveillance. Drugs were found in their vehicle.

The accused argued the traffic stop and warrantless search violated their constitutional rights, and therefore any evidence found should not be admissible, but Justice Barry Davies found police had reasonable and probable grounds in their arrest.

Police began surveilling McWhirter in the spring of 2014, after receiving information from four confidential informants the Lake Country resident sold cocaine, methamphetamine and heroin in Kelowna.

Several months later, another informant told police McWhirter was “taking over” the Independent Soldiers gang while “Donny was away.”

“Donny” is believed to be Donald Lyons, a longtime Independent Soldier who was found in violation of his parole in September 2014.

During their surveillance, police observed several interactions around Kelowna that looked like McWhirter was exchanging drugs with other individuals.

On Oct. 20, 2014, police saw McWhirter meet with “10 to 14 Independent Soldiers or associates” at Kelowna's Rusty's Pub, after returning from the Lower Mainland earlier that day. Kevin Irvine and Mark Pauls, two of the men McWhirter had met with, were pulled over by police after leaving the bar and found with five ounces of methamphetamine on them.

Police believed McWhirter was picking up drugs from the Lower Mainland and distributing them in Kelowna.

Beginning in September police observed McWhirter make several short trips to the Lower Mainland to visit a residence in Maple Ridge believed to be “associated with the Hells Angels and with the production of methamphetamine."

After months of surveillance, police pulled over McWhirter and Stinn on Nov. 4 near Merritt following another trip to the Maple Ridge residence. Whiskey, a now-retired police services dog, found MDMA and cocaine in the trunk of the car and the couple was arrested.

Police believed they were planning a resurgence of the Independent Soldiers gang.

Following Justice Davies ruling that the traffic stop and subsequent arrest did not violate the couple's constitutional rights, McWhirter pleaded guilty to possession of methamphetamine and MDMA for the purpose of trafficking, along with unlawful possession of a shotgun and rifle while he was prohibited.

McWhirter remains out of custody on bail, but he's scheduled to be back before the courts on May 28 for a three-day sentencing hearing. 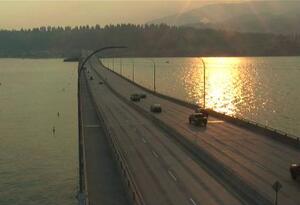