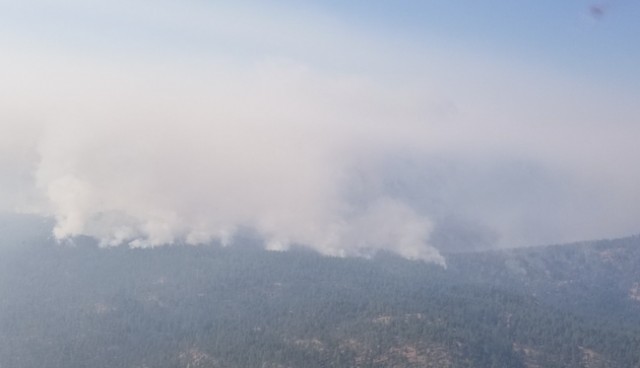 Hundreds of homes have burned and nearly half a billion dollars has been spent, but officials say there's no end in sight for British Columbia's devastating wildfire season.

Kevin Skrepnek with the BC Wildfire Service said Wednesday that many areas of the province are still tinder dry and in desperate need of rain.

The forecast is calling for showers across the province in the coming days, but Skrepnek said that won't be enough to douse the flames, especially in the southeastern part of B.C., where a number of aggressive fires are burning.

"A sprinkle of rain is only going to provide temporary relief. We need a long, sustained soaking of rain right across the province," he said.

More than 1,200 wildfires have sparked across the province since April 1, charring 11,500 square kilometres of land.

Chris Duffy with Emergency Management BC said the flames have also burned 431 structures, including 220 homes. While some of the structures were destroyed, others have been damaged, he said.

The Cariboo Regional District said this week that at least 62 homes and 140 outbuildings have been destroyed by several massive wildfires that broke out following lightning storms in early July.