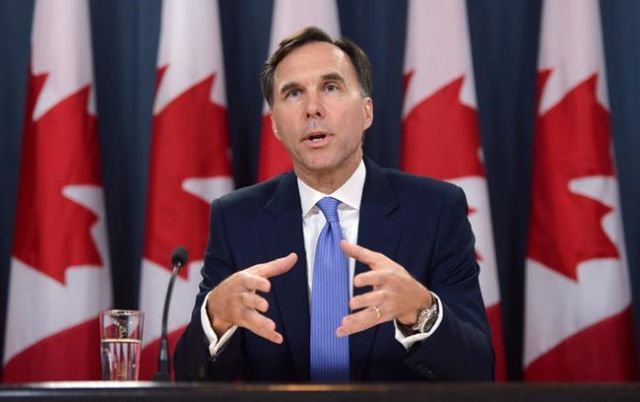 Ottawa's fall parliamentary session is a couple of weeks away and Canadians are already getting a preview of what could be the season's main event: a scrap over the Liberals' proposed tax changes.

The Trudeau government's controversial plan is designed to close loopholes that it says give a growing number of wealthy, small-business owners an unfair tax advantage over other Canadians.

Prime Minister Justin Trudeau has rejected criticism over the plan, arguing Friday he "will make no apologies" for his commitment to fairness.

The mid-July announcement launched a 75-day consultation period, ending Oct. 2, to allow people to digest the complex proposals and provide feedback that could lead to adjustments. At the time, Finance Minister Bill Morneau admitted he anticipated some push back.

Opposition has been growing through the summer, and it's clear critics of the plan won't watch the changes go through without a fight.

An organized movement argues the tax incentives targeted by the Liberals are critical for Canada's economically crucial small-business sector. It insists the current tax structure is necessary for entrepreneurs who take personal financial risks when they decide to open a company.

The backlash has been led by a coalition of more than 40 industry associations as well as the government's Conservative rivals. Individuals, including tax professionals, doctors and engineers, have also spoken out.

At the centre of the storm is a three-part plan to eliminate tax loopholes and even out what Morneau describes as an "unfair playing field."

One change seeks to eliminate an incentive that enables small-business owners to use their corporations as a way to shift some their income to family members who face lower personal tax rates, even if those relatives are not active in the business. Ottawa says addressing unfair "income sprinkling" with these changes would provide an estimated $250 million per year in additional federal revenue.

The third reform would limit the ability to convert a corporation's regular income into capital gains that are typically taxed at a lower rate.