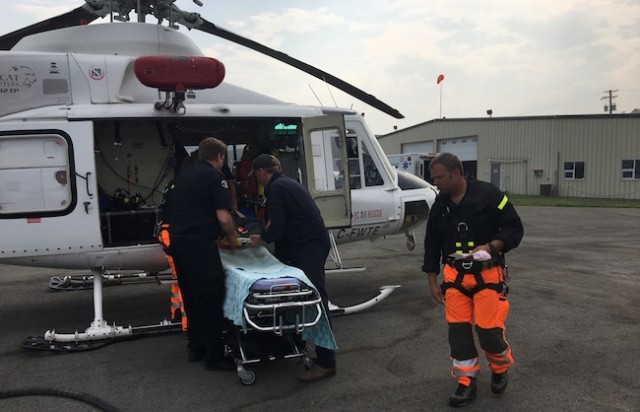 The male rider apparently went over a cliff near a forest service road in the hills above Peachland.

The BCAR helicopter was dispatched from Wildcat Helicopters in West Kelowna about 2:30 p.m.

A spokesman said the job required a 200-foot winch from dense forest.

There is no word yet on the severity of the man's injuries.

The patient was handed over to B.C. Ambulance paramedics after being flown back to the Wildcat base.