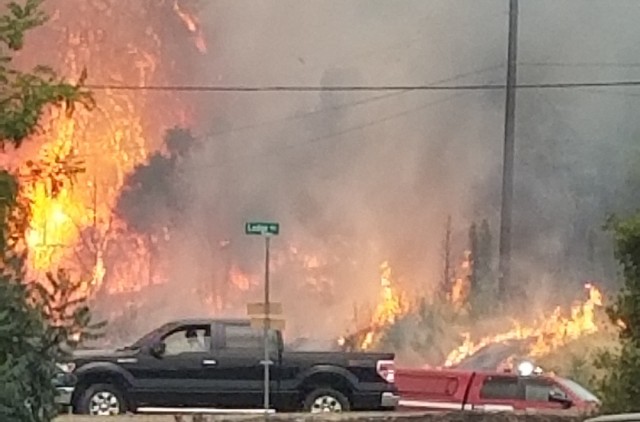 "The fire is human caused, but it's not somebody out in the public. It's to do with one of the properties, he said.

The fire was extinguished last night and one family was displaced because their power was shut off. They were put up by emergency social services," Windsor added.

The RCMP are the lead on the investigation.

Lake Country Fire Chief Steve Windsor said the fire appears to have started in a shed near the highway.

The cause of the fire is not yet known and RCMP are investigating.

The BC Wildfire Service crews have been released from the scene while members of Lake Country Fire Rescue remain on scene putting out any hot spots.

The highway has been reopened to traffic.

Reader video of the Winfield fire that has closed down Highway 97 captured the sound of three explosions during the fire.

Three loud bangs can be heard in the Facebook video posted by Tiffany Blesse.

A woman can also be heard screaming.

There is no word yet on if anyone was injured in the blaze or what may have caused the explosions.

During the five-minute video, sparks can be seen and loud arcing noises heard as an electrical transformer apparently goes up in flames.

Black smoke also rises, indicating something other than trees or grass was also burning.

The interface fire in Lake Country is under control.

Lake Country Fire Chief Steve Windsor said crews have control lines around the fire and are in the mop-up stage.

“We hope to be wrapping up in another hour,” said Windsor, adding Highway 97 will remain closed until the fire is out.

Traffic is being rerouted along side roads.

Windsor said at one point the fire, driven by strong winds, jumped the highway and started smaller grass fires.

Police conducted a tactical evacuation of homes along a section of Bottom Wood Lake Road and Newenes Road as a safety precaution.

Police will be investigating the cause of the fire that apparently started at the edge of the highway. Witness accounts say the fire may have started in a backyard, however.

Windsor said there are homes and a business on the ridgeline above the fire, but they were not damaged.

An employee with the Husky station near the fire said she was told they would not have to evacuate and the fire is under control, but that has not been officially confirmed by authorities.

The BC Wildfire service is assisting the Lake Country Fire Department.

Fire information officer Rachael Witt said there are six firefighters as well as two helicopters at the scene.

"It's currently estimated at two hectares in size," said Witt.

There are unconfirmed reports a house may be on fire in Winfield.

Castanet is receiving reports of a grass fire near the Husky station near Highway 97 and Lodge Road in Lake Country.

Flames are reportedly 20-feet high and fire crews are racing to the scene.

Send your pictures and videos to [email protected] 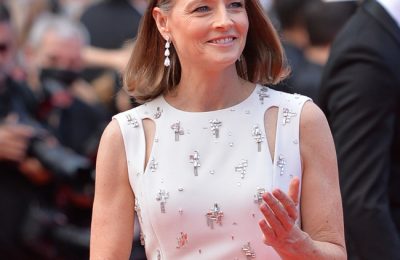