Almost back to normal

Once Okanagan Lake reaches full pool, beaches not already open are scheduled to do so, and normal lake activities will resume.

If the current pattern continues, and barring a major catastrophe, the magic "full pool" number should be reached by the weekend.

Flooding across the Okanagan began May 7, when a massive spring storm, coupled with runoff from late-season snowfalls, caused the lake to rise to unprecedented levels.

Okanagan Lake crested the first week of June after reaching a level of 343.250 metres above sea level.

It's been steadily falling since.

For more than a month, crews have been steadily removing sandbags, bladder dams and gabion dams.

Large chunks of debris have been removed from the lake, beaches and waterfront parks.

Cleanup from the nearly three month event is continuing in some areas.

Some parks will remain closed while repairs are made.

The lake, which has resembled a ghost town on some weekends with a lack of boating activity, will be back to normal.

Track the rise and fall of the lake on our lake level graph page. 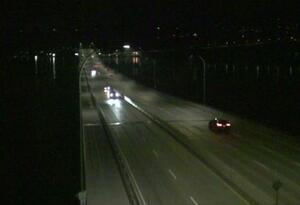