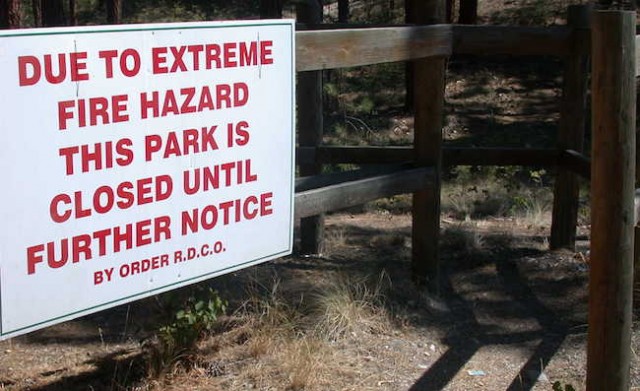 Several Central Okanagan parks have been closed due to extreme to fire hazard.

The following parks are closed until further notice:

"The extended forecast predicts continued high temperatures, which raises the potential danger of a serious fire.  While many of these parks that are closed have had fuel modification work done, they are in forested areas with challenging terrain in close proximity to subdivisions and neighbourhoods.  With the extreme fire danger the risk of any serious interface fire is high," said regional district spokesman Bruce Smith.

Residents are asked to stay out of closed parks and obey any signage. Anyone found inside a closed regional park could be subject to a fine of $500.

The public is reminded that open burning, including campfires and in backyard fire pits, is not allowed. Smoking is also not allowed in public parks.

Member municipalities of the Regional Emergency Program have agreed on a united approach to parks closures in the Central Okanagan.

The criteria for closures, formulated with local fire departments, includes: 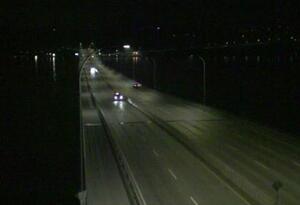