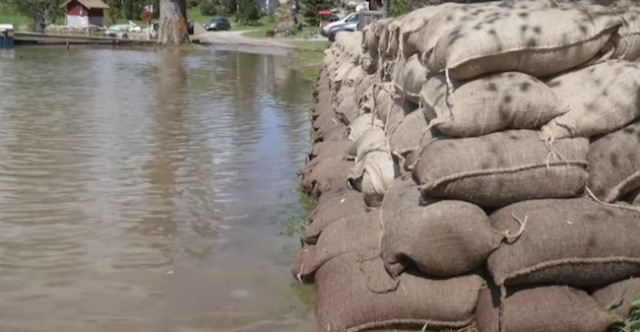 The Regional District of Okanagan Similkameen is asking private property owners to hold off on tearing down sandbag walls, because the provincial government is footing the bill.

More than 500,000 sandbags have been distributed throughout the region, and residents are asked to not empty sandbags along the banks or foreshore of any creeks, rivers or lakes. Instead, the RDOS says the province will be paying local governments to remove full sandbags.

“We are incredibly grateful to the province for covering the costs incurred by local governments for the removal of sandbags from private properties,” said Karla Kozakevich, RDOS chair, in a news release.

“Residents should keep sandbags in place for now. Local governments will be organizing clean up teams to remove sandbags in the near future. Residents will be advised once the programs are developed as to the potential steps and timelines.”

Sand dumped in or along waterways can have serious impacts on the local ecosystem, many which are habitat for endangered or rare species.

Residents can use the soil on their property well away from creeks and lake, but if the sandbags have come into contact with bacteria, chemicals or oils, getting the sand and sandbags off your property is advised.