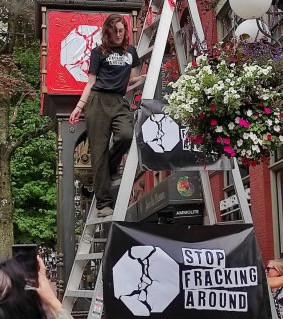 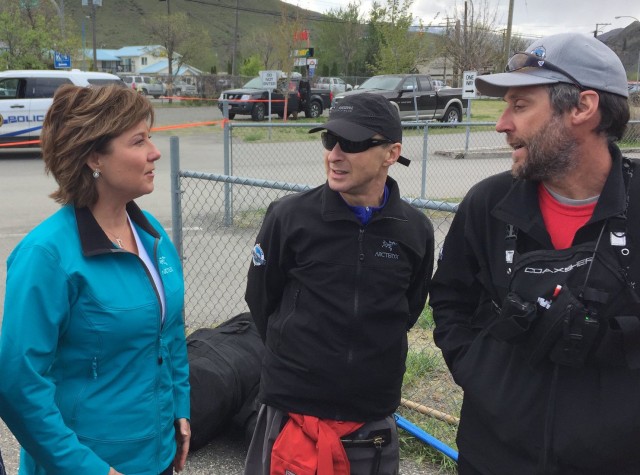 As the Interior of the province faces widespread flooding and landslides, Premier Christy Clark took a short trip to Cache Creek Saturday to see the damage to the community first hand.

While her own riding of West Kelowna declared a state of emergency Saturday afternoon, Clark says she's been assured that things are “well in hand.”

“I'm keeping an eye on it,” Clark told Castanet, after returning to the Fraser Valley from Cache Creek Saturday. “If you need me back, I'll come back. My understanding though, from the mayor and emergency folks there, is that things are well in hand, all the mitigation efforts that need to be undertaken are being undertaken.”

Clark says she spoke with West Kelowna Mayor Doug Findlater Friday night about the situation in the city.

No emergency provincial funding to deal with the flooding has been announced yet, and Clark says the province's resources aren't “stretched past the breaking point yet.”

“We've certainly got the resources out there that we need,” she said. “We're continuing to deploy them nimbly as the need arises in different areas.”

As for for residents who incur significant damage in the floods, Clark says people can apply for emergency funding.

“We will be there to support people who have lost a home, primary residences, and people can make applications on that.”

Clark also warned those who are near flooded areas to keep away from fast moving water, after Cache Creek fire chief Clayton Cassidy went missing Friday, while checking water levels in Cache Creek.

The provincial election is only three days away, but Clark says she travelled to Cache Creek Saturday as the premier of the province, and not as a candidate in the upcoming election.

“I wanted to get a full briefing from folks on the ground. It makes a real difference in terms of making sure I know that everything is going as smoothly as it should be,” Clark said.

Green Party leader Andrew Weaver released a statement Saturday expressing his concern for the safety of British Columbians during the flooding and thanking the volunteers who have been helping.