BC Liberal leader Christy Clark put to rest an NDP notion she plans to reintroduce a variation of the HST if her party is re-elected May 9.

Taking part in a radio forum for Kelowna West candidates, Clark responded to a direct question from the NDP's Shelley Cook, asking her to stop flip-flopping around the HST.

"I think British Columbians want to know what is her plan around the HST, and very clearly once and for all, tell us what you plan to do in terms of this value added tax," said Cook.

Wednesday's 90-minute forum on AM1150 was the first time all three candidates have had a chance to discuss the issues face to face. Clark, who has been stumping around the province, did not attend other local forums.

While all three candidates stuck to party platforms, there were some heated exchanges.

During a discussion on health care and nurse practitioners, Clark said the Liberals are the only ones with a costed-out plan.

Mellalieu responded: "Our budget is fully costed. We are going to be running a deficit the first two years, then we will show a surplus, so over the course of four years, we are going to be ahead of the game, as opposed to what you have done."

Clark said the NDP has a $6.5-billion deficit hole in its plan. "And, John Horgan won't even say how much he's going to raise taxes. He says elections aren't the time to talk about that," she added.

Cook said much of the Liberal criticism surrounds a belief the NDP would freeze ICBC and BC Hydro rates for four years.

"We've made it clear we won't do that, but in talking about it, they've given us a peek behind the curtain of what they're thinking in terms of BC Hydro and ICBC rates," said Cook.

"A four-year freeze apparently in terms of hydro would result in $1.21 billion in lost revenue. What that suggests to me, is we're talking about a 28 per cent increase in hydro over the next four years."

Clark responded, stating a doubling of the carbon tax and elimination of MSP premiums would result in a 56 per cent tax rate in B.C.

Mellalieu also attacked Clark for turning every question into discussion on the economy.

"I often joke that if you ask Christy Clark if she'd like fries with that, she'd say yes because that's going to help with jobs and the economy in the province," he said. 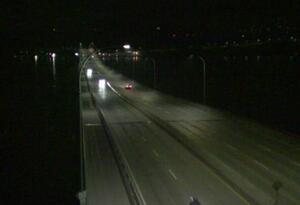