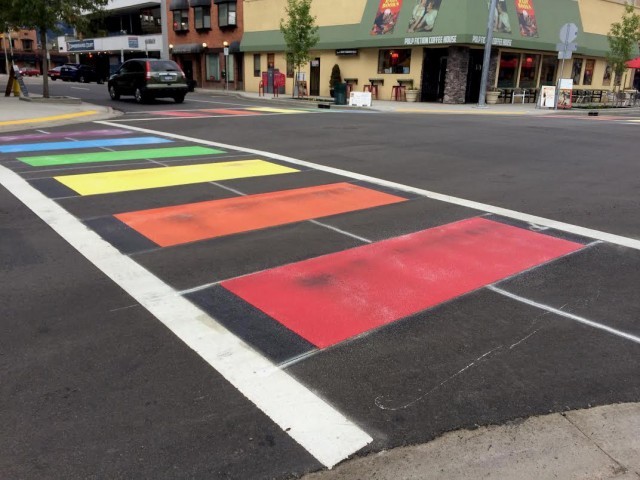 A Kelowna woman will go as far as she has to in order to see new rainbow-coloured crosswalks at the intersection of Pandosy Street and Lawrence Avenue removed.

Nancy Enns said she's prepared to go all the way to the Supreme Court of Canada, if that's what it takes.

The crosswalks popped up two weeks ago at the conclusion of a street and utilities upgrade at the intersection.

“Residents will notice that the pedestrian crossings vary from more traditional traffic markings and are painted in the colours of the rainbow,” the city stated in a release when the crosswalks were first introduced.

“Crosswalks like these celebrate diversity and can be found in several cities across Canada and North America, including Vancouver, Victoria, Seattle and Philadelphia.”

Enns said it promotes a lifestyle she doesn't approve of and has demanded the city remove them.

Enns contacted the city asking that the crosswalks be repainted white, the same as other crosswalks in the city.

The request was forwarded to city council.

"I got a letter back giving their excuses for why it's there. I thought it was very insulting," said Enns.

"By painting the crosswalk in rainbow colours, we took this as an opportunity to demonstrate inclusivity in a visual manner. Promoting inclusivity is not a cause but rather a statement about being an accepting and open community, conveying the message that all are welcome, regardless of sexual orientation or gender identity. The City encourages residents of Kelowna to be inclusive, accepting and welcoming and I truly believe people deserve the right to live in the community and be the people they were born to be, free of discrimination.

"We will not be painting over the rainbow crosswalk with white paint."

"Council has opened up a whole can of worms...they don't know what they're doing. This is not good. This could go to a lot of places they don't want to go," said Enns.

She said the first step was contacting the city. She said she's not sure where her next step will take her but repeated she will go all the way to the highest court in the land in order to get the crosswalks removed. 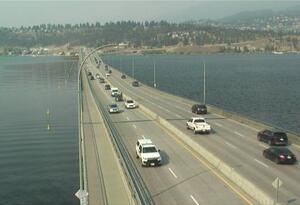