Poll: deciding by a draw

Cindy Fortin gave out a long sigh of relief when Madam Justice Ellen Burdett declared her mayor of Peachland for the next four years.

After nine days and three vote counts failed to determine a winner, Burdett was forced to place the names of Fortin and challenger Harry Gough into a box and pull out the winning name. 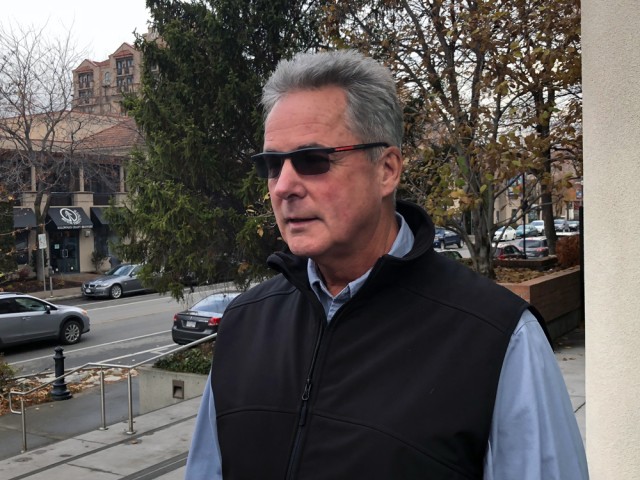 Against the wishes of Harry Gough, a judicial recount will be held Monday in the Peachland mayoralty race.

The recount will take place at the Peachland Community Hall at 10 a.m.

Following an official verification of votes this past Monday, Gough and incumbent Cindy Fortin were deadlocked at 804 votes each.

Prior to a court hearing to determine whether a judicial recount would be granted, Gough filed an affidavit opposing such a move.

He told Madam Justice Ellen Burdett about allegations surrounding the original vote count, claiming there were discrepancies as to how the votes were handled.

"We should go back to the electorate and let them decide," Gough told the court. "I hope you will allow Peachlanders the choice."

Outside the courthouse, Gough said vote boxes were opened prior to his representative being in the room to check the count.

"The sealing of the boxes, we never did see any seals. That was obviously a big question," he said.

Inside the courtroom, he went further, stating ballots could have been removed or added.

"I never saw a seal, and there was never an explanation as to where the pre-election boxes were stored, and following to the end of the election. I'm saying there is a grey area, and there potentially could be room for error. Was anything slipped in? I don't know."

Burdett outlined the ground rules for the recount.

The ballots for all five mayoral candidates will be included in the count, and all will be counted by hand. All five candidates and representatives will be allowed to witness the counting of each ballot.

â€‹If the result remains a tie, the winner's name will be drawn out of a hat or a bowl.

Fortin was not at Friday's hearing.


Chances of a tie are good 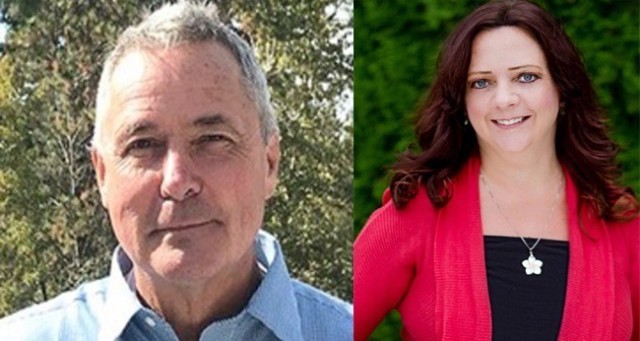 A judge will determine whether an outright winner can be declared in Peachland's race for mayor.

The municipality's chief election officer Polly Palmer has asked for a judicial recount after incumbent Cindy Fortin and challenger Harry Gough finished in a dead heat.

Each candidate garnered 804 votes after a hand count of all the ballots between the two candidates on Monday.

"I think so," said Palmer when asked if the chances of a tie are good after a judicial recount is complete. "The (voting) machines really are accurate. But, it will be up to a judge now."

Gough held a one vote lead over Fortin after the ballots were counted Saturday night.

However, Palmer says a single ballot, which she presumes was a Fortin vote, jammed in the voting machine.

Palmer said when the presiding elections officer went to retrieve the ballot, it slipped into the ballot box.

She said it wasn't clear if the vote had been counted, but she made a note of it.

"I phoned the voting machine company, and they said they couldn't know for sure. But, there's only an issue if there's a difference of one vote, and that never happens – then, it happened."

Because of the one-vote difference and the uncertainty surrounding that ballot, Palmer said she exercised her authority and opened the ballot boxes to verify the numbers.

And, she says, despite assertions to the contrary, both candidates and their representatives were brought into the room at the same time and oversaw most of the process.

If the judicial recount does not produce a winner, the new mayor would be declared by drawing lots.

Meantime, the executive director of CivicInfo BC says a tie is very rare, but not unheard of.

Todd Pugh says ties do happen from time to time in races where the voter pool is smaller. But, he says, most of those are broken during the judicial recount process.

Pugh doesn't recall a tie in a race for mayor. 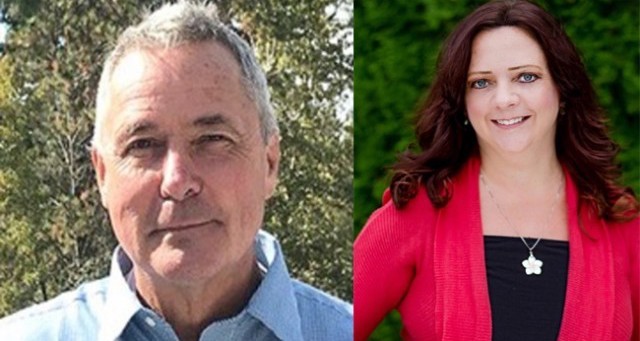 A brief problem with a voting machine has resulted in a tie in the mayor's race in Peachland.

In the release, Polly Palmer said a voting machine mis-fed a ballot, causing it to jam.

She said before the presiding official was able to re-insert the ballot, it landed in the sealed ballot box.

Palmer said a verification process was held Monday in the presence of the two top mayoral candidates or their representatives.

"The verification and ballot accounting process has concluded that there is a tie for the position of mayor," said Palmer in the release.

She says an application will be made for a judicial recount of the mayor's ballot. The recount must be conducted within 13 days after the election.

"If a tie is confirmed, the winner must be determined by the drawing of lot (names in a hat), pursuant to the District’s Election Procedures Bylaw No. 1536, which is conducted by the Provincial Courts."

All other results remained unchanged.

Carson won the race for director on the Regional District of Central Okanagan board in Saturday night's municipal election.

He was challenged by John Michael Cole, who received 210 votes and 42 per cent of the vote.


Dyas ready to take a break

Tom Dyas says he's happy how his campaign turned out, despite losing to incumbent Colin Basran in the race for mayor of Kelowna.

"As we can see from the results, we were successful in obtaining around 30 per cent of the votes and about 10,000 people supported us," Dyas said Saturday night.

Dyas was the leading challenger, and many thought it would be a closer race, Dyas included.

"Yes, I was a bit surprised by the numbers. Obviously, we were hoping we would win, that is why we were in this race.

"Whether I Iook at winning or losing this mayor's race, I wanted to bring things forward because what I had experienced was trying to address issues within this community, and they were falling upon deaf ears... maybe that will change," he said.

Dyas says he will need a breather to decide if he'll be back next time.

"I'm going to head to Phoenix, maybe Palm Springs," he said, noting he stepped straight from the Memorial Cup bid into the election race.

"Those have not been short days, so what is next for me? A little bit of a breather."

In one of the less surprising results in the Okanagan during Saturday's municipal elections, Gord Milsom was elected mayor of West Kelowna, with 79.8 per cent of the vote.

Milsom garnered 6,050 votes, compared to 1,257 for Mary Mandarino, the other mayoral candidate.

"I'm looking forward to doing my best for the community. The opportunities are just tremendous," Milsom said following his win.

"We have a good team. As far as those members who have been elected to council, it looks like a great group, and I look forward to working with them as well."

Former mayor Doug Findlater opted not to run for the top spot again, but he was elected to council, along with incumbent councillors Rick de Jong and Carol Zanon.

Three newcomers will be on West Kelowna council, including Stephen Johnston who garnered the most votes with 4,277, Jayson Zilkie and Jason Friesen, who edged out incumbent Rosalind Neis by just 23 votes.

Incumbent councillors Rusty Ensign and Bryden Winsby also failed to get enough votes for re-election, while Duane Ophus chose to run for re-election.

About 30.9 per cent of eligible voters cast their ballots in West Kelowna.

Gord Milsom is the new mayor of West Kelowna.

In preliminary results, the city has announced the following candidates elected to council:

Declaration of official results will occur at 3 p.m. on Wednesday in council chambers. 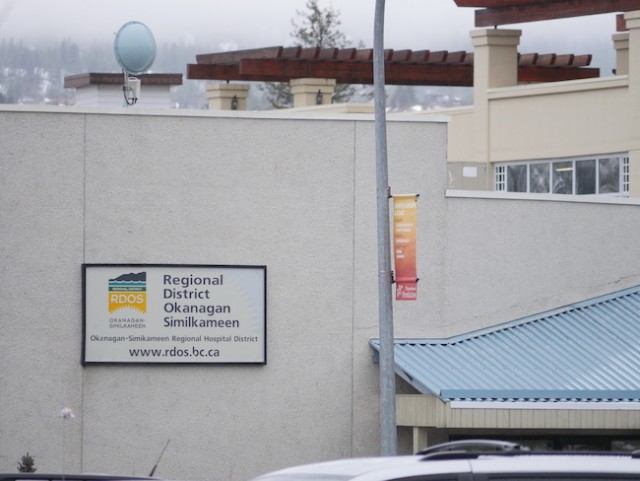 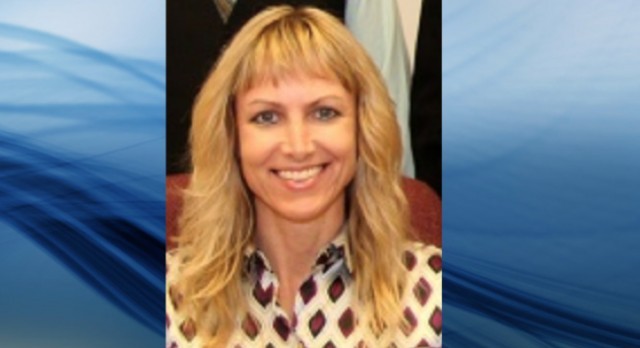 Photo: Contributed
Christine Fraser is the mayor elect of Spallumcheen.

Christine Fraser is the mayor elect of Spallumcheen.

In the Regional District of North Okanagan, Bob Fleming will return as director of Electoral Area B.

Amanda Shatzko will represent constituents in Electoral Area C with 440 votes over Mike Randell who had 310 votes.

In Armstrong, Chris Pieper was acclaimed as mayor prior to election day.

Council will be made up of Jim Wright, Gary Froats, Shirley Fowler, Paul Britton, Steven Drapala and Linda Fisher.

Gyula Kiss was not re-elected to council.

In Lumby, Kevin Acton was acclaimed as mayor and he will be working with councillors Randal Ostafichuk, Lorelei Fiset, Sherry Kineshanko and Lori Mindnich.

For the cultural referendum, 1,590 Coldstream residents voted in favour of the new cultural centre with 1,000 voting against it.

Refresh the page to see the latest election numbers as they come in for Kelowna.