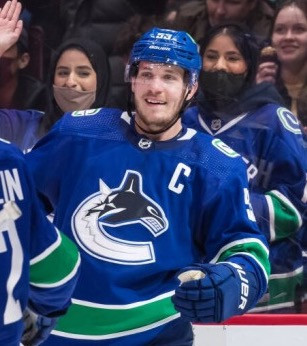 Wayne Moore - Mar 5, 2011 / 10:30 pm | Story: 60606
Alex Grieve had a goal and two assists and Kevin Boyle stopped all 33 shots he faced leading the Westside Warriors past the visiting Trail Smoke Eaters 4-0 Saturday in the seventh and deciding game of their BCHL first round series.

The Warriors will move on to face the Vernon Vipers in the Interior Conference semi-final.

Grieve opened the scoring just 60 seconds into the contest then assisted on Grayson Downing's first of the playoffs on a power-play at 15:47 of the opening frame.

Brett McKinnon increased the lead to 3-0 midway through the second.

He took a long stretch pass from Grieve on the left wing, cut into the middle of the ice and wired a wrist shot past a stunned Kiefer Smiley.

Downing blasted a shot from the left circle through Smiley on another Warriors power-play late in the third to close out the scoring.

The Smokies didn't go quietly in this one.

With four minutes left in the game, Logan Proulx slashed at a Warriors player in front of the Westside net touching off a wild six player melee.

Earlier in the game, a Smoke Eater player slashed the wrist of defenceman Brayden Sherbinin, sending him to the showers early.

Then, as the final buzzer sounded, Trail defenceman Jake Baker snapped, trying to get at several players before finally being restrained by both linesmen.

Baker was sent to the dressing room by coach Jim Ingram before the traditional post-series handshake.

It was a physical, chippy series from start to finish, a little more so than Warriors coach Darren Yopyk had hoped for.

"You have tomahawks out there, guys swings sticks, punching and being aggressors and that's not hockey. That's embarrassing for the league and I'm pretty disappointed in that," says Yopyk.

"Our guys stuck with it and took a lot of lumps and bruises for really nothing but that's hockey like I said and if that's the way they want to play there's nothing we can do about it."

As for the game itself, Yopyk says getting off to the quick start was the key.

"We got off to a good start and scored the first goal. I think the team scoring first won all seven games of the series so that was big," added Yopyk.

"We got the two goal lead and kind of hung on and Kevin made some really big saves for us which good goalies do and we got the win."

The Warriors and Vipers will open their best-of-seven Interior semi-final Tuesday and Wednesday in Vernon before the series shifts to Royal LePage Place next Friday and Saturday.