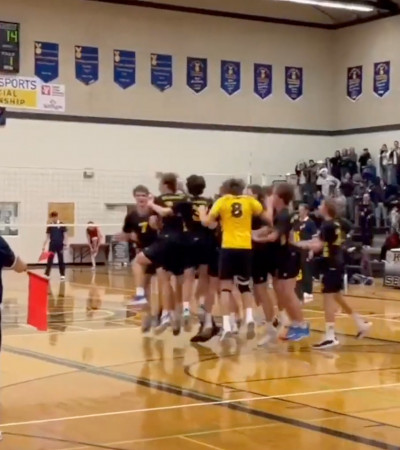 The Warriors coach and general manager sat on the sidelines earlier this week as the BC Hockey League trade deadline came and went Monday.

Not a surprise since Yopyk prefers to show faith in his players rather than make a late season roster shuffle.

The Warriors get a chance to begin repaying that faith Friday night when they host the streaking Salmon Arm Silverbacks.

"We did that last year. I think it's a common thread for us," says Yopyk.

"We believe in the guys we bring in. I think we have a good squad right now and as we get healthier I think we'll get better and better."

By keeping the group together, Yopyk hopes it translates into a better mood in the dressing room and better results on the ice.

"I hope so. I talk about chemistry a lot and I think it helps our chemistry out. There might be times when you need changes but I didn't feel we needed any this year."

The Warriors head into Friday's game fourth in the Interior Conference, five points in back of the suddenly red hot Silverbacks.

Since dropping back-to-back 6-4 decisions to the Warriors just prior to Christmas, the Silverbacks have gone on a 4-1-1-0 run. They are unbeaten in their last five.

The Warriors meantime are 2-2 since the holiday break.

Westside play just four of their remaining 17 games against teams ahead of them in the standings.

Yopyk says it's important in those games to flex their muscle early.

"We want to dictate the play. We want to get on the forecheck, skate hard and compete. Not much has changed day to day for us," added Yopyk.

"Quite frankly most of the games have been very close all the way through, it doesn't matter who you're playing. One or two bounces make a big difference so we want to compete hard no matter who we're playing."

Goaltender Kevin Boyle, who was unable to play last weekend, is healthy and ready to go.

Yopyk says forward Stefan Nicholishen and defenceman Matt Cronin are likely out for the weekend while forward Kyle Singleton is questionable.

The Warriors conclude the weekend with a game in Merritt Saturday night.

Westside has yet to beat the Centennials this season, going 0-4.