One woman dead, another injured in stabbing at Toronto subway station 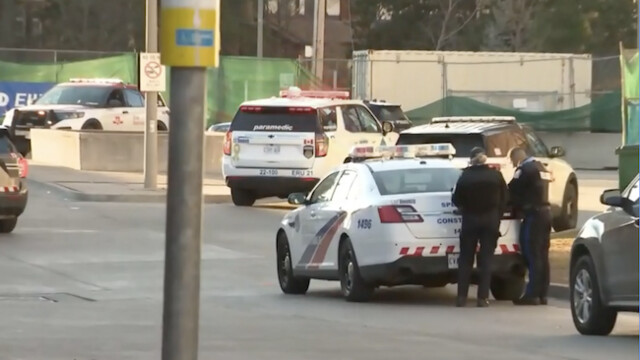 Toronto police have charged a man with first-degree murder in the fatal stabbing of a woman on a subway train.

One of the women – identified by police as 31-year-old Vanessa Kurpiewska – died in hospital while the other, a 37-year-old, has since been released.

Police say the man and the women did not know each other.

They say officers found the man at High Park subway station around 2 p.m. and arrested him.

Police say the man is facing charges of first-degree murder and attempted murder.

A woman is dead and another is injured after a stabbing at a subway station in west Toronto.

Toronto police say officers responded to calls about a person assaulting and stabbing people on the eastbound subway platform at High Park station just after 2 p.m. on Thursday.

They say two women were found with stab wounds and were taken to hospital.

Const. Shannon Whitehead says one of the two victims has died and the other has serious injuries but is expected to survive.

She says she cannot confirm the ages of the victims.

Whitehead says one man has been arrested.

The Toronto Transit Commission said subway service was halted between Keele and Jane stations as police investigated, but later resumed.