Should victims of sexual offences be able to opt out of publication bans? 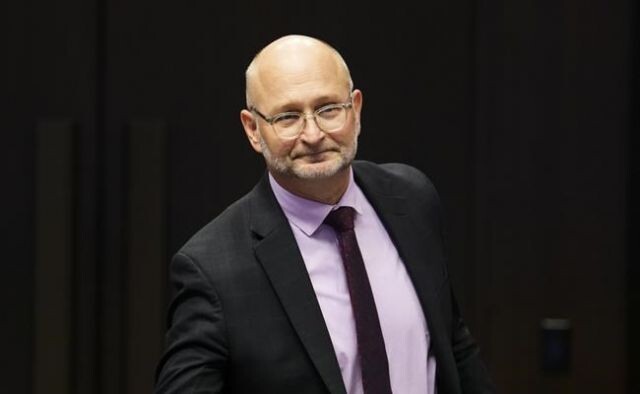 Photo: The Canadian Press/Sean Kilpatrick
Minister of Justice and Attorney General of Canada, David Lametti, appears as a witness at the a Senate committee on legal and constitutional affairs in Ottawa on Wednesday, Dec. 7, 2022.

The federal justice minister says he is open to updating the Victims Bill of Rights after a parliamentary report called on the federal government to make changes, including allowing victims of sexual offences to opt out of publication bans.

Witnesses at the House of Commons justice committee said that publication bans are essential and should be available to victims who want them in place — so long as they are consulted first.

But judges often impose publication bans to protect the identity of complainants in sexual offences at the request of the Crown. Some victims of sexual assault say they have had to fight to control the use of their own names.

A victim-centred approach would give people a choice, the committee heard.

"The most important thing for moving forward is for survivors to be able to have meaningful choices in terms of whether a publication ban is implemented and when one is removed," Kat Owens, a project director at the Women's Legal Education and Action Fund, told the committee.

"The complicated process of removing one's own publication ban puts up hurdles for victims who wish, for example, to be free to speak," the report says.

The committee is recommending changes to the Criminal Code so that victims must be informed before a publication ban is imposed, and so they have the ability to opt out.

Justice Minister David Lametti said he has not yet read the committee's report, which was released Wednesday.

"Hopefully what the committee will do is give us further suggestions on ways to move forward, and I look forward to working with their recommendations," he said on Thursday.

Lametti said he is open to thinking about changes to the law and is "never closed to a good suggestion."

February 7, 2023 - 9825 votes
Would you rather go out with your significant other on Valentine's Day or stay in?

February 2, 2023 - 9821 votes
Should school names be changed in light of modern day views of history?

Would you rather go out with your significant other on Valentine's Day or stay in?