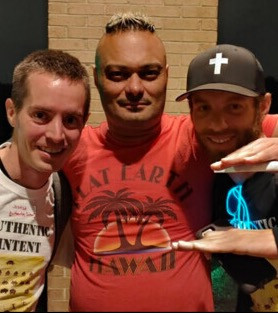 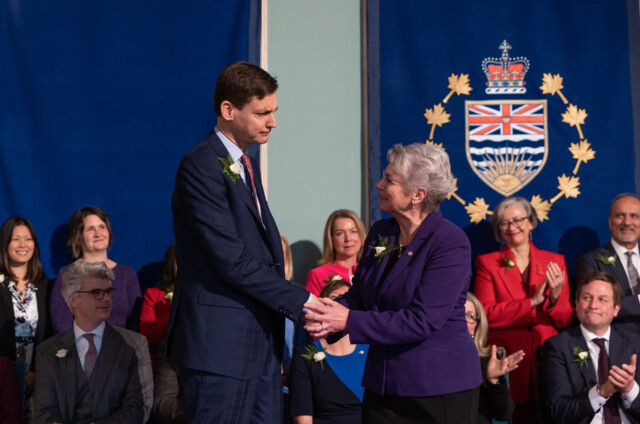 Photo: BC Gov Flickr
Premier David Eby welcomed Katrine Conroy as BC's new finance minister during the swearing in of his cabinet on Wednesday, Dec. 7, 2022.

Smaller and rural communities could get more attention under the new BC finance minister.

Veteran Kootenay West MLA was tapped for the high profile portfolio by new premier Davy Eby, a move that surprised some pundits when Eby announced his cabinet Wednesday.

It also caught Conroy off guard. She told Castanet she was surprised at first because she had asked to stay in the forestry portfolio.

“But he decided that this is what he wanted me to do and we talked about it and I said OK. You know you serve at the purview of the premier and I was pretty honoured to be asked to do this,” said Conroy.

She calls it an enormous responsibility and says she knows British Columbians are counting on the government to deliver supports to them as they struggle with the high cost of living.

“I have a unique experience of being in a social ministry, because I was minister of Children and Families and then in Forestry, which is a resource-economic ministry. So, I’ve had both of those experiences, and then my background as a rural person. I bring that perspective as well,” she explains.

Conroy, who’s late husband Ed Conroy served as Rossland-Trail MLA from 1991 to 2001, was first elected in 2005. Before running for office she was one of BC’s first female power engineers, served as executive director of a multi service non-profit agency, was a college instructor, and a small business person. She has lived on the family’s ranch in Pass Creek for more than 40 years.

That rural perspective from outside the Lower Mainland/Vancouver Island is rare in the NDP cabinet. The only other cabinet minister from the BC Interior is Water, Land and Resource Stewardship minister Nathan Cullen.

“I think it’s really important to have that perspective,” says Conroy. “Growing up in rural BC you learn about the importance of the resource industries and what a considerable economic driver they are for the region, for the entire province.”

She said the plight of those in smaller centres is on her mind.

“We want to make sure that we can get the support for people in place. And we need to bring that understanding to the table.”

Conroy notes homelessness and housing affordability are issues right across the province, not just in the Lower Mainland.

“I know it’s an issue in Kelowna. Affordability is one that we need to all work on and that’s the reason we brought in the $2 billion package of all the different ways that we’re looking at what we can help people with the cost of living right now. Because it is tough. I recognize that. We’ve got to move forward in getting supports to people.”

She says she plans to work closely with the new housing minister, Ravi Khalon.

When asked about the current $5.7 billion surplus, the finance minister said part of it will be used to pay down the deficit.

“One thing people have to remember with surplus is it's not money that can go into ongoing operating budgets. We’re not sure we’re going to have that surplus next year.

“You always hope to have a surplus but you also want to make sure you’re spending dollars on services that people need. And so, the money can be utilized for things like housing which is critical in your area. Right across the province housing is critical. We’ll look at what we can do,” but Conroy didn’t have any specifics, pointing out it was only her second day on the job.