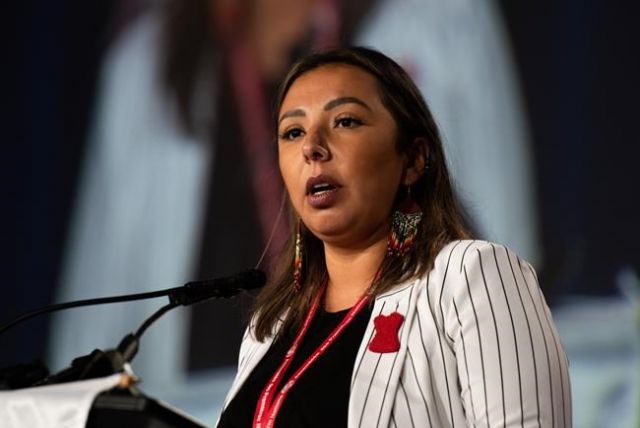 First Nations leaders in Manitoba are calling for the resignation of Winnipeg's police chief after the force decided to not search a landfill for the remains of two Indigenous women.

Police chief Danny Smyth said this week that it's believed the remains of Morgan Harris and Marcedes Myran are in a landfill outside the city, but too much time has passed and too much garbage has been disposed of to make the search feasible.

Long Plain First Nation Chief Kyra Wilson and Grand Chief Cathy Merrick of the Assembly of Manitoba Chiefs say failing to search for the women's remains does not instil a sense of public safety in the community.

They say Smyth must step down immediately and action must be taken to search the landfill.

Jeremy Skibicki has been charged with four counts of first-degree murder in the killings of Harris, Myran, Rebecca Contois and a fourth unidentified woman leaders have named Buffalo Woman.

The partial remains of Contois were found in a garbage bin in the city and in a separate landfill in the spring.