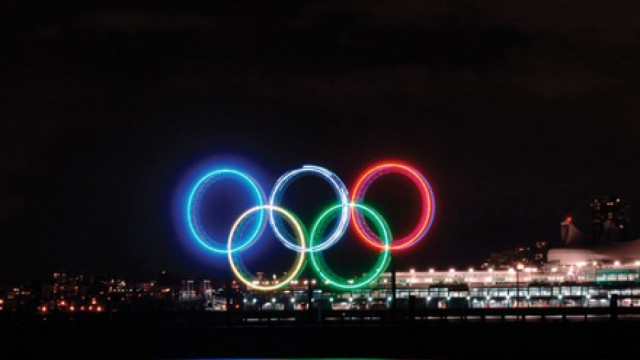 The International Olympic Committee has delayed its decision on 2030 Winter Olympics hosting again, which could give the Canadian Olympic Committee and Four Host First Nations faint hope or attract more bid cities.

The IOC originally scheduled the decision for its annual session in May 2023 in Mumbai, but that meeting was postponed to next fall due to a governance scandal at India’s Olympic committee.

On Tuesday, the IOC executive board agreed with the Future Games Commission’s proposal to take more time to study the impacts of climate change on future Winter Games, the possibility of rotating hosts from a pool of cities and requiring those cities to use only existing or temporary venues.

The IOC was originally expected to use this week’s meetings to open negotiations with Salt Lake City and Sapporo, Japan, after the B.C. NDP government decided in late October against underwriting the 2030 bid.

Christophe Dubi, the IOC’s executive director of the Games, did not provide a new deadline.

“It will enable the commission to consult deeply with interested parties, of course, but also International Federations, National Olympic Committees, the athletes, the winter sport industry experts, the [International Paralympic Committee], because, yes, we are operating over a month,” Dubi said. “So it's that full month [of competition] that needs to be considered in a global warming environment.”

Dubi said the three interested parties, which he did not name, were informed of the delay.

The effort to bring the Olympics back to 2010 host Vancouver hit a wall in late October when the NDP government said it had other vital spending priorities and would not fulfil the IOC-required duty of accepting liability for deficits. The federal sport hosting policy firmly states that Ottawa will not guarantee deficit funding.

Sapporo, which held the Games in 1972, is facing headwinds from the Tokyo 2020 organizing committee corruption scandal. Salt Lake City hosted the Games in 2002 and said it could be ready for 2030, but the U.S. Olympic Committee prefers 2034 because of sponsorship contracts for the Los Angeles 2028 Summer Games.

“There was a discussion about the possible double award for 2030 and 2034, to create stability for winter sport and the Olympic Winter Games,” Dubi said. “At this stage, no conclusion has been reached. It will take several more rounds of discussions.”

In the context of the B.C. government’s refusal, Dubi was asked whether the IOC would use the indefinite delay to reconsider the funding model for host cities, including host obligations to pay for security and cover any deficit. He indicated that is not on the table because of the terms of the host city contract and the IOC’s existing commitments to contributes revenue from its sale of global sponsorships and broadcast rights.

“What is clear is that the IOC cannot be responsible for a deficit for which it has no responsibility over. We are taking a number of risks ourselves,” Dubi said.

He said that the IOC has been clear with B.C., and other parties, on what it can deliver back to cities.

"The IOC is not in to make money,” he said. “It is raising money to distribute to the rest of the Olympic family, the organizing committees to start with, but the National Olympic Committees the International Federations, because in the end, this is for the benefit of the athletes.”

Even if the COC/FHFN can somehow change the minds of politicians in Victoria and Ottawa, bidders in other countries could join the process for 2030.

“The mandate of the commission is to constantly ensure that there will be a healthy pipeline of interest for the future,” said Jacqueline Barrett, the director of Future Olympic Games Hosts. “So that's where our door is open every day of the year, for any interest.”

The COC/FHFN team exploring the 2030 bid confirmed in a Monday statement that it “met with the future host commission and updated them on the status of the bid, which was essentially we’re disappointed by the decision being made by the provincial government before a proper discussion with all parties at the table happened, and that we feel that if the province does come to the table we could arrive at a bid that would work for everyone.”

The COC estimated Vancouver 2030 would cost $4 billion, including at least $1 billion from taxpayers. It proposed reusing most of the Vancouver 2010 venues in Vancouver, Richmond and Whistler, with the exception of the Agrodome for curling, Hastings Racecourse for big air skiing and snowboard jumping and Sun Peaks resort near Kamloops for snowboarding and freestyle skiing.

The 2010 Games are believed to have cost $8 billion, all-in. The true costs are unknown, because the Auditor General never did a post-Games study, the organizing committee was not subject to the freedom of information law and its board minutes and financial files won’t be open to the public at the City Archives until fall 2025.