Larry Mullen Jr. won't be able to drum for U2 next year due to injuries

U2's Mullen out for a year 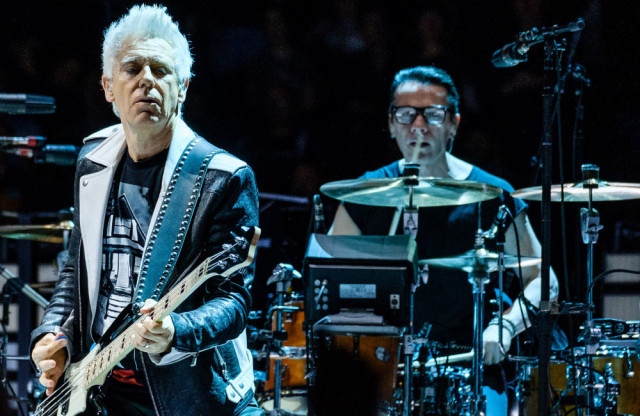 U2's drummer Larry Mullen Jr. has ruled himself out of touring with U2 next year due to ongoing physical health issues.

The 61-year-old sticksman explained that he requires surgery after injuring his “elbows, knees [and] neck", and should Bono and co decide to hit the road in 2023, he won't be joining them.

Larry told The Washington Post's journalist Geoff Edgers that he'd “like to take some time … to get myself healed”.

He continued: “My body is not what it used to be physically. Like next year, I won’t be performing live next year. I don’t know what the band’s plan is. There’s talk of all kinds of things."

Geoff took to Twitter to clarify that Larry is not "leaving or retiring" from the band.

The 'Vertigo' rockers are yet to announce their touring plans.

At the weekend, they stepped out at the White House to be honoured for their contributions to the arts at the Kennedy Center Honors in Washington DC.

He began: “From this Irish American president in a White House designed by Irish hands, thank you for all you have done and the way you lift people up.

“To see each other, to see ourselves in one another, to unite in common cause - tonight we celebrate a truly exceptional . . . group of artists."

The world leader went on to quote a poignant lyric from U2's 1992 track 'One', which was penned about tensions within the group and the German reunification.

Biden said of the make-or-break single: “At a moment we would do well to remember when there is too much hate, too much division and too much anger in America and, quite frankly, around the world, as [U2?s] song goes: 'We are one, we are not the same, we get to carry each other.'"