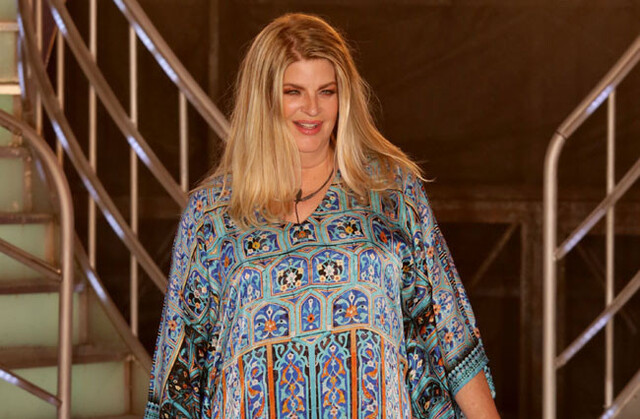 The 64-year-old star has paid tribute to her 'Scream Queens' co-star, whose children True, 30, and Lily, 28, announced her passing aged 71 on social media on Monday.

Jamie admitted she and Kirstie "agreed to disagree" at times, but they had a "mutual respect" for one another and a "connection."

She wrote on Instagram: "I've just heard the sad news that Kirstie Alley has died. She was a great comic foil in @tvscreamqueens and a beautiful mama bear in her very real life. She helped me buy onesies for my family that year for Christmas. We agreed to disagree about some things but had a mutual respect and connection. Sad news."

She wrote: "RIP @kirstiealley you were a great lady. I’m so happy I got to work with you on Scream Queens season 2 and always chuckled at the way you put your name in my phone. I hope you’re resting peacefully now. Love to Kirsties family and friends. Xx"

Kirstie's breakout role came in 1987 when she was cast as Rebecca Howe on NBC’s long-running ‘Cheers’ series, and her co-star Kelsey Grammer admitted he loved the late actress.

He said in a statement to Variety: "I always believed grief for a public figure is a private matter, but I will say I loved her."

Kirstie’s close friend John Travolta, 68, who starred alongside her in the ‘Look Who's Talking’ films, wrote on Instagram: “Kirstie was one of the most special relationships I’ve ever had. I love you Kirstie. I know we will see each other again.”

The late star appeared in the 22nd series of 'Celebrity Big Brother' in 2018, finishing runner up to British soap star Ryan Thomas.

As well as the ‘Look Who’s Talking’ franchise, Kirstie starred in several other movies, including ‘Star Trek II: The Wrath of Khan’, ‘For Richer or Poorer’ and ‘Drop Dead Gorgeous’, and had her own sitcom, ‘Veronica's Closet’, from 1997 to 2000.

True and Lily said their mother died after a battle with cancer that was "only recently discovered", and she was "surrounded by her closest family and fought with great strength" at the end of her life,

Her family added: “We are sad to inform you that our incredible, fierce and loving mother has passed away after a battle with cancer, only recently discovered.

"She was surrounded by her closest family and fought with great strength, leaving us with a certainty of her never-ending joy of living and whatever adventures lie ahead. As iconic as she was on screen, she was an even more amazing mother and grandmother.”