'Such an honour;' Gonzaga retires Kelly Olynyk's No. 13 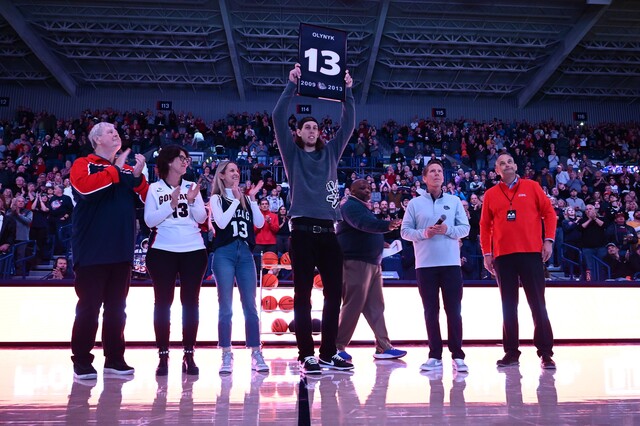 Kelly Olynyk’s No. 13 was retired Monday by the Gonzaga Bulldogs.

The Tournament Capital product spent four years at Gonzaga after a remarkable high school run at South Kamloops secondary. He is now playing his 10th NBA season, having been traded to the Utah Jazz — his fifth pro club — earlier this year.

“It’s just such an honour, especially with the names that you’re up beside. They’re unbelievable players.”

Olynyk is the fourth Zags men’s basketball player to have his number retired, joining John Stockton, Frank Burgess and Adam Morrison in the rafters at the McCarthey Athletic Center in Spokane.

During Olynyk’s final season at Gonzaga, in 2012-2013, he helped lead the program to its first-ever No. 1 national ranking. He was also named to the Associated Press All-America First Team and was a finalist for the Oscar Robertson National Player of the Year Trophy.