Stanley Park seawall sections to be shut down to mid-December 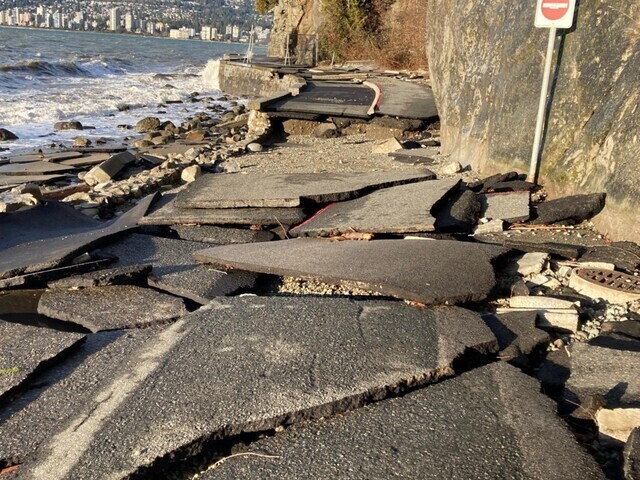 Photo: Bernie Steininger
Portions of the seawall were damaged by waves in January 2022.

Two sections of Vancouver's seawall will be shut down for 10 days through Stanley Park starting this week.

On Monday, Dec. 5, the section of seawall between Prospect Point (east of Lions Gate Bridge) and Third Beach will be shut down, along with a smaller section at Ferguson Point (south of Third Beach).

The parks board is closing the popular walking and cycling route as work is done to shore up the slopes.

"The work area is closed as there is a risk of falling rocks and debris," notes the Vancouver parks board.

The closure will be in effect until Dec. 16. As work will take place only on weekdays, the sections of seawall will be open for the weekend (Dec. 10 and 11).

Third Beach will remain open throughout the work, and will be accessible through its parking lot.

Detours are being suggested for anyone using Stanley Park's trail network.

Wind and waves badly damaged the walkway in mid-January and it took months to repair.