Rockets drop third in a row 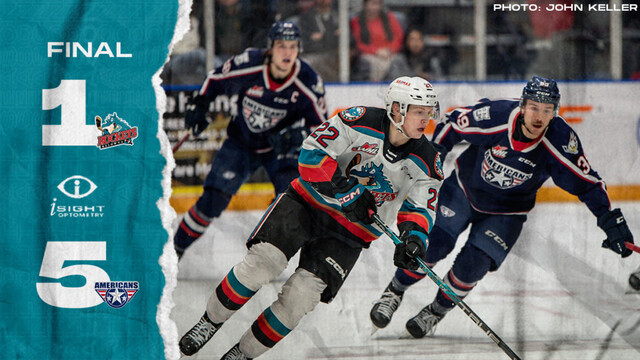 Boyko, acquired by the Rockets from the Tri-City Americans early last season, went the distance Saturday in a 5-1 defeat in Tri-City.

Parker Bell had two goals and an assist while Jake Sloan added a goal and two helpers.

Tyson Greenway and Adam Mechura also scored for the Americans on a night when fans get a free burger as a result of the home team's five-goal outburst.

Jackson DeSouza scored the lone goal for the Rockets, his fourth of the season and third against the Americans.

The Rockets have lost three in a row and two straight on their three game US Division road trip.