BC sheds 13,700 jobs in November as rate hikes take toll on economy 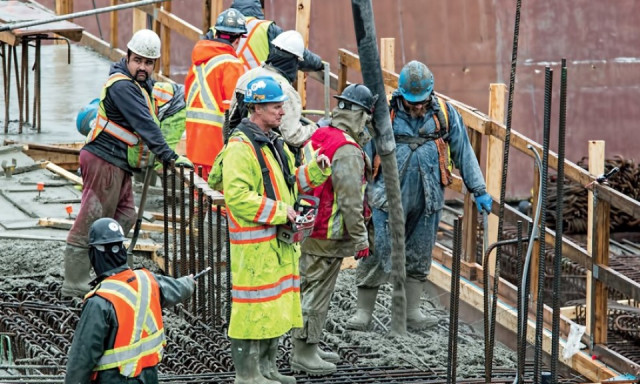 The West Coast answered the Bank of Canada’s late October rate-hike by shedding 13,700 jobs in November, with construction taking the biggest hit. The province’s unemployment rate, meanwhile, climbed 0.2 percentage points to 4.4 per cent.

B.C. was not able to keep up with momentum in the labour market after adding about 43,000 jobs in September and October combined. Instead, the construction sector lost 9,200 jobs last month as the central bank put pressure on the housing market by hiking its key rate by half a percentage point on Oct. 26.

The Bank of Canada has hiked its key rate from 0.25 per cent to 3.75 per cent since the start of the year, resulting in significantly higher mortgage rates across the country and a significant decline in home sales in B.C.

“We're going to watch carefully what happens in the coming months,” he said, adding unemployment still remains incredibly low. “Many of the people who have lost employment opportunities with one company are being scooped up very quick because we know that demand is there.”

The province saw notable losses in the health care and social assistance category (-8,600 jobs) as well as in the tech sector (-5,500 jobs).

But Kahlon said he wouldn’t focus too much on the survey results showing declines in health-care employment.

“It's a survey and we have very exact data on employment when it comes to health care because we're the employer,” he told BIV, adding employment in health care has grown by 37,000 jobs since the start of the pandemic.

Meanwhile, gains were made in education (+4,300 jobs) and the finance, insurance and real estate category (+4,200 jobs).

B.C.’s losses come as Canada as a whole added 10,000 jobs to the broader labour force as the unemployment rate fell 0.1 percentage points to 5.1 per cent.

“Labour demand is significantly outpacing supply of workers – and unemployment is holding at very low levels longer than expected. Still, the pace of job growth has slowed,” RBC assistant chief economist Nathan Janzen said in a note, referring to the national numbers. “The impact of Bank of Canada interest rate hikes has yet to fully be felt in the economy. Some early signs that broader inflation pressures have started to ease, and indications that domestic demand is softening, mean the BoC could be close to the end of the current interest rate hiking cycle.”

“Though we haven't seen it in the labour market data as of yet, the impact of the BoC's aggressive moves will eventually cool the labour market. With the recent [national] momentum, this is expected to take pace in mid-to-late 2023,” TD senior economist James Orlando said in a note.

Unlike BMO, he’s forecasting the central bank will hike its key rate by half a percentage point.

"There's nothing here to obviously sway the Bank of Canada's rate decision next week either way, but it's quite clear that the labour market remains tight and in solid shape overall," BMO chief economist Douglas Porter said in a note, adding he predicts the Bank of Canada will hike its overnight rate by half a percentage point.