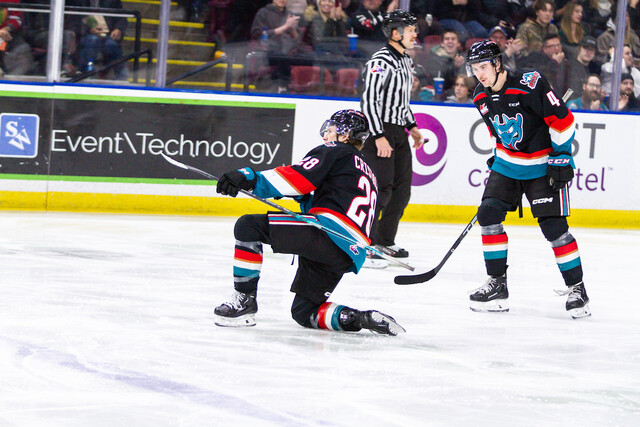 More than 6,400 fans jammed into Prospera Place Tuesday night - most hoping to get a glimpse of hockey's next phenom.

And, while Regina Pats centre Connor Bedard did extend his point streak to 24 games, he needed overtime to do it in the Pats 6-5 OT win.

His assist on Alexander Suzdalev's power play goal at 3:07 of sudden death overtime was his only point in a game billed as Bedard vs. Andrew Cristall, the battle of childhood best friends and sure-fire first round selections in next June's NHL draft.

While Bedard is the consensus first overall selection, it was Cristall and his two goals and two assists who stole the show and likely made a big impression on the large gathering of pro scouts in 6,407 in attendance.

And Cristall let everyone know how big this one was each time he hit the scoresheet.

"I didn't want him showing me up so when I scored a goal I was pretty amped up and the crowd definitely helped with that," said Cristall.

"I kind of like playing high pressure games and situations. I think I put more pressure on myself than anyone else could put on me. I just embraced it."

Cristall says the two joked about how much attention the game was getting in the local media.

"He always wants to play his best hockey against other draft eligible players for sure, but he's just an ultra competitive guy through and through.

"But, I guess Connor has bragging rights."

The Rockets did a great job of containing Bedard, with the line of Dach, Golder and Pacheco and defenceman Caden Price assigned to shut him down for much of the night.

"It's just time and space. If our gap is compromised by our defence, he can make you look interesting to say the least.," added Mallette.

"He's a real shifty, real special player. He can turn on a dime, change speeds and it doesn't take much to get his shot off either.

"Trying to stay on top of him with numbers and be aware of where he is at all times."

Tuesday's game seesawed back and forth all night long. It was tied on five separate occasions and neither team was able to forge more than a one goal lead.

Cristall with his pair, Max Graham, Price and newly acquired Carson Golder in his first game in a Rocket's uniform all scored for the Rockets.

Trailing by a goal with less than two minutes to go in regulation, the Rockets found themselves with a two-man advantage after Tanner Howe drove the puck over the glass with the Pats already a man down.

Cristall, who seconds earlier hit the post from the edge of the crease, made no mistake when the puck squirted back to him in the same spot.

They carried the second power play into the overtime period, but were unable to find the winner.

The Pats did after Dach was sent to the box for slashing seconds after forward ty Spencer slid in front of a Price one-timer in the crease.

The Rockets did manage to score four times on seven power play chances while the Pats went three for four including the eventual winner.

The Rockets now hit the road for games in Spokane Friday, Tri-City Saturday and Everett Sunday. 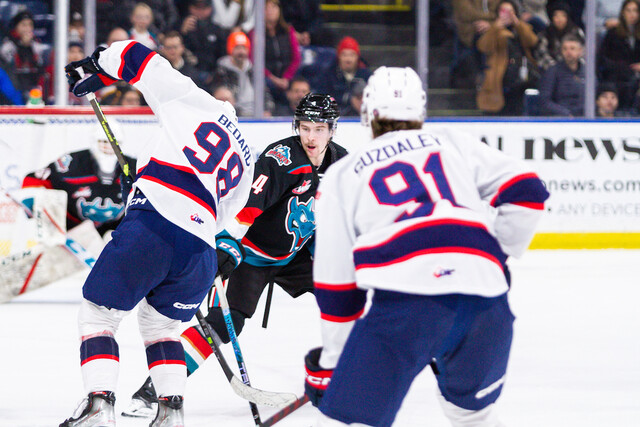 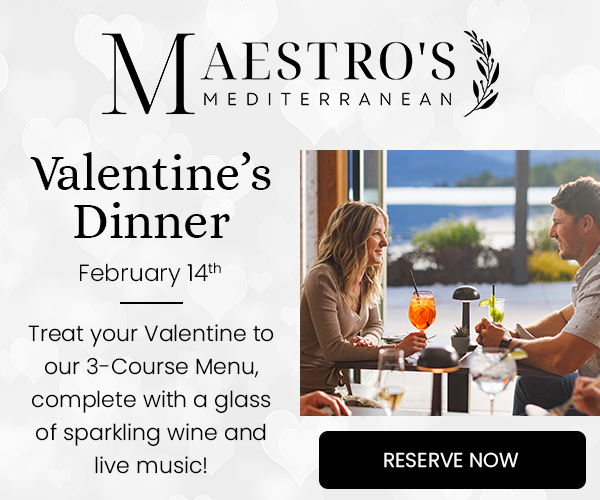