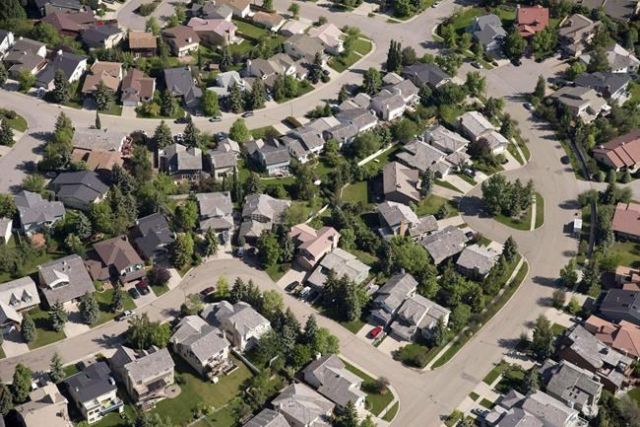 Photo: The Canadian Press
An aerial view of housing in Calgary is shown on June 22, 2013. THE CANADIAN PRESS/Jonathan Hayward

A new report predicts average home sale prices in Canada will fall 3.3 per cent next year with the biggest declines expected in Ontario and Western Canada where some markets may see prices fall 10 to 15 per cent.

The report by Re/Max Canada made the forecast using surveys of brokers and agents from across the country. Home prices in Canada have fallen this year as the real estate market has cooled amid higher interest rates that have increased the cost of mortgages for borrowers.

Prices in the Greater Toronto Area are estimated to fall 11.8 per cent, while Greater Vancouver is expected to decline 5.0 per cent.