Dogs injuries show risks of transporting animals in back of pickups 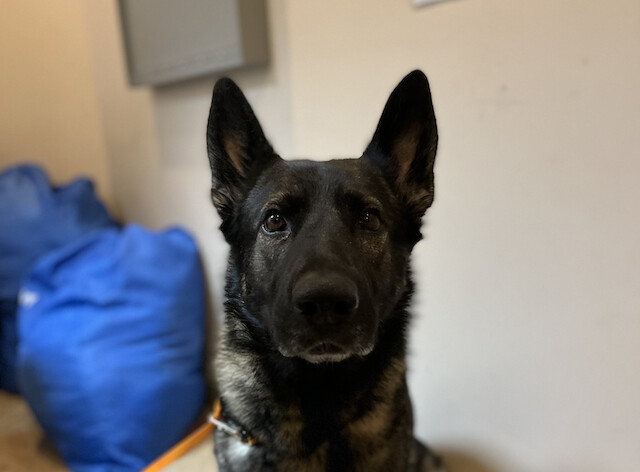 A three-year-old german shepherd named Heidi is suffering from gruesome injuries after being dragged along the road after falling out of the back of a pick-up truck.

The BC SPCA's senior officer Eileen Drever says when she initially saw the injuries, she believes the physical and psychological pain the dog must have been experiencing was tragic and unimaginable.

"Transport of an unsecured pet in the back of a pick-up is illegal, but as Heidi's case shows even tethered transport poses series risks," said Drever.

"The best and safest way to transport dogs is always inside the vehicle, preferable with a harness made specifically for travelling in a vehicle."

According to the BC SPCA, a witness alerted the RCMP who found the owner and the dog on the side of the road, clearly in critical distress.

Heidi was rushed to a veterinary hospital for emergency surgery, and remained in there for nearly four weeks receiving around the clock treatments and bandage changes.

The young german shepherd is now at the BC SPCA's Nanaimo animal shelter, and will be available for adoption by mid-December.