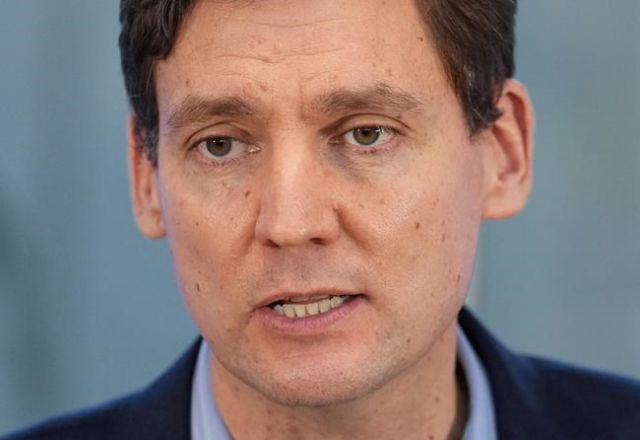 Photo: The Canadian Press
B.C. Premier David Eby speaks during an announcement about the expansion of a program that assists internationally educated doctors in obtaining a licence to practice in the province, in Richmond, B.C., on Sunday, November 27, 2022.

Premier David Eby says the government will provide $4.9 million in initial funding to support curriculum planning and to hire an interim dean.

The premier says it's part of the government's strategy to train more family doctors and will be the first new medical school in Western Canada in 55 years.

Eby was sworn in earlier this month to succeed Horgan and has been making a series of announcements since then on crime, housing and health care.

The government has been facing public and Opposition criticism about the growing shortage of family doctors, crowded emergency departments and crumbling health-care services.

Eby introduced measures on the weekend to triple the number of internationally trained family doctors who can become licensed in B.C. to 96 by March 2024.

He said the COVID-19 pandemic exposed challenges and added further strains in the health-care system, with too many B.C. residents struggling to find a family doctor.

Eby also dropped a government plan to phase out individualized funding for children diagnosed with autism, saying families don't need the stress of worrying about losing supports for their kids.

Dr. Roger Strasser, the founding dean and chief executive officer of the Northern Ontario School of Medicine, will be the Simon Fraser school's interim dean.