Kamloops pull even with the Cougars atop the BC Division 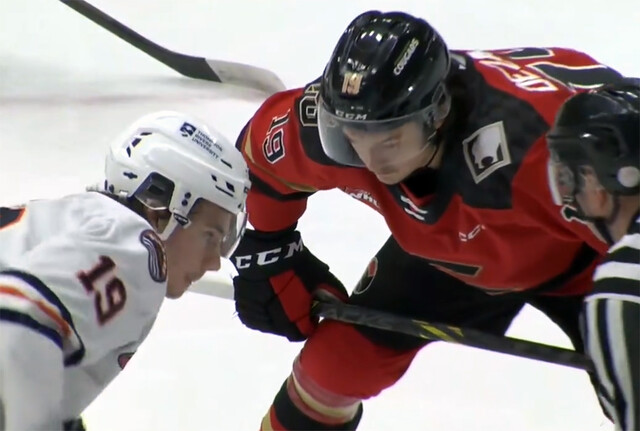 Caeden Bankier scored twice to lead the Kamloops Blazers to a 4-1 victory Saturday over the Prince George Cougars at the CN Centre.

The win moves the Blazers into a first place tie with the Cougars atop the BC Division. Kamloops hold three games in hand.

The teams were tied 1-1 early in the second period when Banker won a faceoff to the left of Tyler Brennan.

He took up a position in the far faceoff circle and whipped a pass from Kaden Hammell past Brennan.

The Blazers didn't relinquish the lead.

Four minutes after Bankier gave the Blazers the lead, Fraser Minter connected off a pretty three-way passing play with the cougars down a man.

Bankier closed out the scoring with a shorthanded effort early in the third.

He was one-on-one with the defenceman, spun and beat Brennan with a backhand.

Ashton Ferster notched his first of the season when he dove head first and chipped a loose puck past Brennan.

The Cougars outshot Kamloops 35-28, but managed to get just one puck past Dylan Ernst.

The Blazers are off until Wednesday when they host Connor Bedard and the Regina Pats.