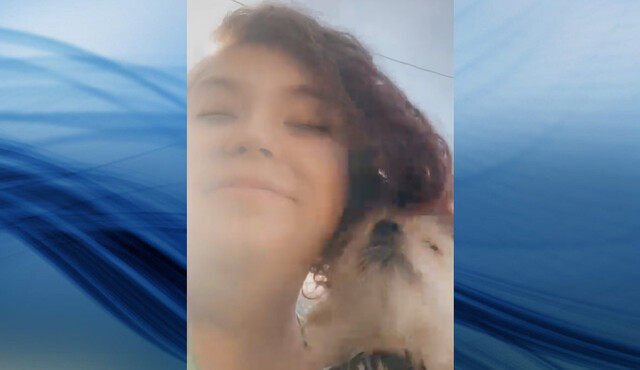 After a stressful morning, Emily Meyer has been reunited with her dog Bruno Saturday.

Meyer's car was stolen from Highway 33 in Rutland early Saturday morning, but later that morning, her car was spotted near downtown.

A woman named Heather noticed the blue Honda Civic parked on Lawrence Avenue near Lakeview Street, and noted it was odd it was still running.

She then saw a post about the stolen car and dog online, and contacted police. Bruno was found inside the car.

Police called Meyer just before noon to let her know that Bruno and her car have been recovered, and she's now been reunited with her little buddy.

Meyer says she doesn't know if police have found the culprits in the theft. She says she's incredibly relieved to have Bruno back, and thankful for all the people who shared her story online.

A Kelowna woman is heartbroken after her car was stolen with her dog in it Saturday morning.

Emily Meyer is housesitting at a home on Highway 33 near Kneller Road this weekend, and she swung by the house at about 5:45 a.m. Saturday morning to check in on her friend's dogs.

“I just left my car running because it's pretty chilly this morning ... I left the car running for two minutes,” Meyer said.

“When I went back outside, my car was gone and my dog was in there.”

Her car is a blue 2004 four-door Honda Civic with the licence plate NV9 48N. The car has a white scratch on the back end of the vehicle, and a dent on the passenger side. Meyer says the car squeals quite loudly in first gear.

Meyer's dog Bruno is a one-year-old golden-brown shih tzu/yorkie cross, with a black collar and a blue name-tag with “Bruno” on it.

“I had to clean my whole life up to get this dog, this dog means a lot [to me],” Meyer said, choking back tears. “He's the main reason I'm sober.”

Meyer has spoken to police about the theft, and anyone with any information can contact the Kelowna RCMP. Meyer also said she's willing to give a reward for the return of her dog. 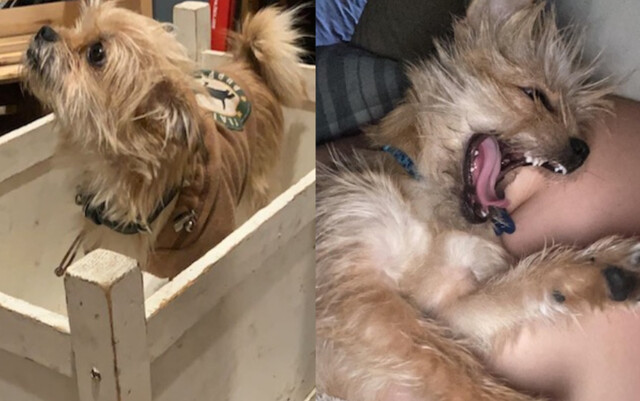 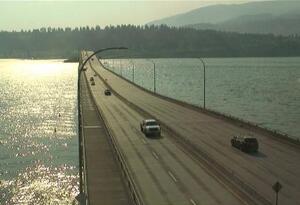