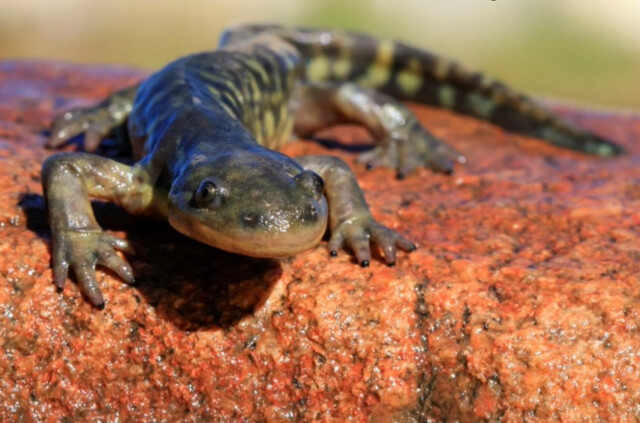 Photo: Contributed
A western tiger salamander, one of the species at risk in the proposed boundary of a South Okanagan national park.

An annual update on a proposed national park reserve in the South Okanagan-Similkameen has little new information to offer.

On Friday, Parks Canada sent out a three-page newsletter electronically media, stakeholders as well as members of the public who had registered to the email distribution list, providing the latest on the contentious project.

Residents living within or adjacent to the proposed boundary who are not signed up for email updates will get a physical copy in the mail.

The newsletter indicates negotiations continue, and Parks Canada is collecting scientific information. It is much the same situation the proposed national park has been in since a Memorandum of Understanding was signed in July 2019 in Osoyoos between the Government of Canada, Government of British Columbia and the syilx/Okanagan Nation, kicking off a period of negotiations between the three parties.

But in 2020, Parks Canada committed to providing regular updates on the national park process. Update letters are now released at least once per year, or when new information is available.

The November 2022 letter explains tripartite negotiations are still ongoing, but they have resumed in person after working mostly remotely during the pandemic.

The national park reserve working boundary has been unchanged since 2019 public consultations, covering a 270-square kilometre plot of land that incapsulates Mt. Kobau, Spotted Lake and Kipoola in the South Okanagan-Similkameen.

Parks Canada states its goal as protecting a rare ecosystem, strengthening biodiversity and encouraging recover of species at risk, as well as allowing syilx/Okanagan Nation cultural practices to continue and prompting options for sustainable tourism and local jobs.

Parks Canada has stated existing private land titles within the park boundaries will not be touched unless on a willing-seller, willing-buyer basis. 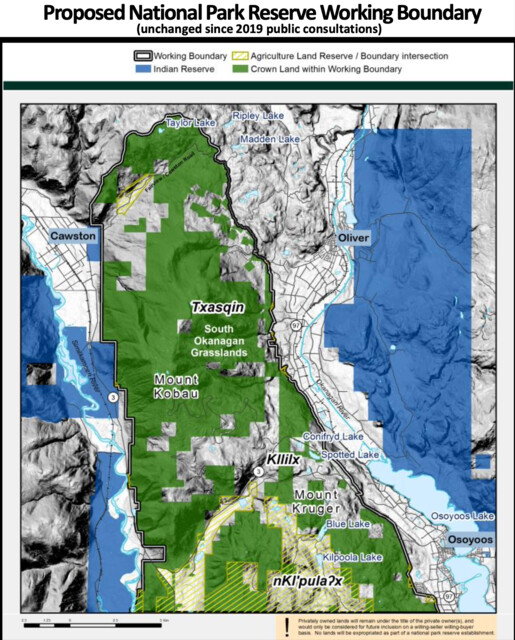