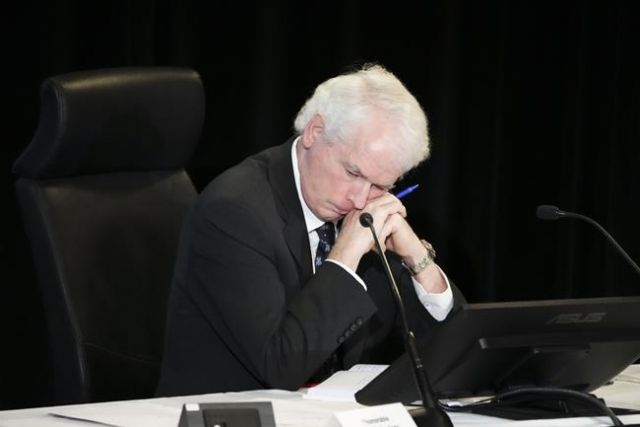 The arguments came at the end of the final week of hearings at the Public Order Emergency Commission, which heard testimony from Prime Minister Justin Trudeau earlier in the day.

A lawyer for the federal government said it's clear after six weeks of testimony that there were serious threats of violence by demonstrators, that blockades posed threats to the economic security of Canada and that there were reasonable grounds to declare a national emergency.

But not all of the parties to the inquiry agreed, with a lawyer for some of the protest organizers saying the act was government overreach and lawyers for Alberta and Saskatchewan saying provincial governments were not consulted enough on the special powers.

Cara Zwibel, a lawyer for the Canadian Civil Liberties Association, argued that the use of the act was inappropriate. "The legal threshold to make use of the act was not met, and a creative and privileged legal opinion from the government that says otherwise doesn’t make it so."

With many witnesses pointing fingers at law enforcement for failing to respond to the blockades earlier, police lawyers argued that it was impossible to know how the demonstrations would unfold.

A lawyer for former Ottawa police chief Peter Sloly, who was heavily criticized by other police leaders during the inquiry, said he was a selfless leader. "He had the weight of the city and the nation on his shoulders," Tom Curry said.

The commission will hear analysis from expert witnesses next week, and commissioner Paul Rouleau is expected to provide a final report to Parliament by early next year.