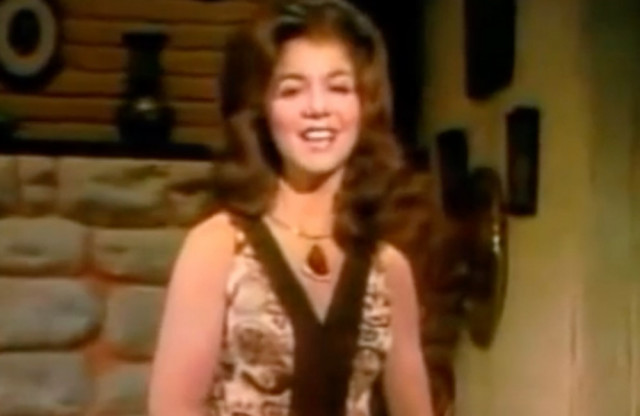 The Grammy-winning ‘Queen of the House’ singer passed away in her hometown of Blanchard, Oklahoma on Thursday seven years after being diagnosed with the disease, according to The Oklahoman news outlet.

It’s said the singer, hailed as a pioneer for fellow female performers, was surrounded by loved ones on her deathbed.

She said about her career: “I started out as a folk singer... and what got me into country music, actually, was that Grammy.”

Jody received a Grammy for her 1965 song ‘Queen of the House’, which reached No5 on the country chart and 12th on the Billboard Hot 100.

She had more than 24 songs on the country charts, made gospel records later in her life and was inducted into The Country Gospel Music Association’s Hall of Fame.

At the 1966 Grammys, where she was also nominated for best new artist, Jody won best country and western vocal performance – female for ‘Queen of the House’.

She stayed married to her husband Monty Brooks for 52 years until his death in 2014 and said of her life: “It's a Cinderella story... I got in LA and I had been married six months.

“It was in the summer of '62, and by that next year, I had a contract with Capitol.”

After taking the stage name Jody Miller, she toured Hawaii with The Beach Boys and played on TV shows alongside the Rolling Stones.

During the 2010s, she formed the musical act ‘Jody Miller and Three Generations’ with her daughter Robin Brooks Sullivan and two grandchildren, with her last album ‘Wayfaring Stranger’ released in 2020.

“She had this innate, God-given ability to interpret and communicate with the most beautiful tones and inflection.

“She made it look and sound so easy that it sometimes takes a moment to realize the greatness of what you are hearing. But she was just as authentic and exceptional in her own life as she was on stage and on record.”